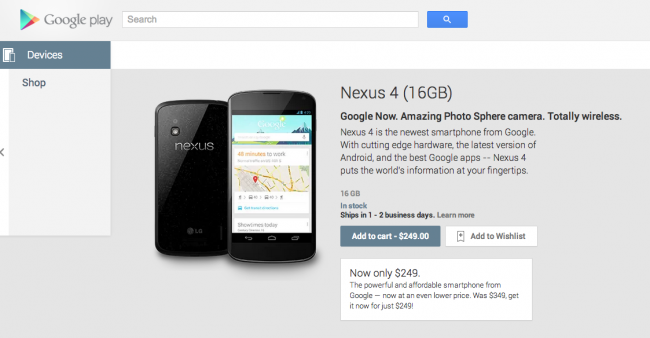 I don’t know what’s going on, but Google just dropped the price of the Nexus 4 by $100 for both 8GB and 16GB models. So yes, you can get a brand new off-contract phone for either $199 or $249, respectively. As you can see from the screenshot at the top of this post, the Play store listing for the 16GB model mentions that the change was made purposefully. Holy deal.

Does it mean that the new Nexus is on the way? Are they clearing inventory for something else? Is it a temporary change? I’m not sure I care as my mind is still wrapping itself around a really incredible phone being sold off-contract for the same price that you see most phones selling for on-contract. Sure, it doesn’t have LTE, but HSPA+ is plenty fast in most situations. It’s also a Nexus.