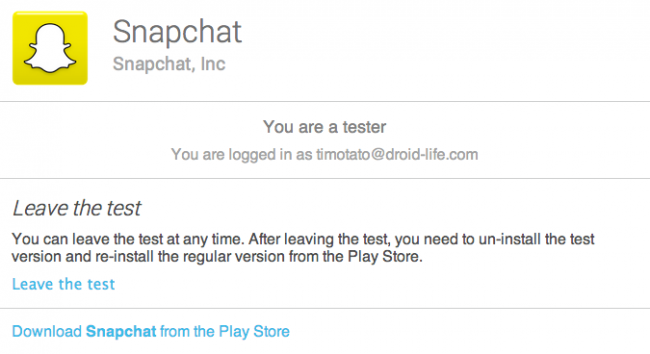 It appears that Snapchat is the latest company to go the beta route, allowing Android users to enroll in a special program to test the latest and greatest features the development team has to offer. Signing up is easy enough – just join Snapchat’s Google+ community, then become a tester on Google Play. Once that’s completed, you can start downloading the beta apk from Google Play, then you are all set.

As for what is in the beta, there are two new features that some may get a kick out of. The first is an “enhanced canvas,” where depending on the sized tip you are using to draw on your pictures, the lines will either be bold or slim. Lastly, there is an enhanced keyboard, which will allow for Swype-style input. This is nice because I have found that the Snapchat keyboard is pretty terrible about spacing and autocorrects.

If you are feeling up for some testing, follow the via link down below to learn all about the program. 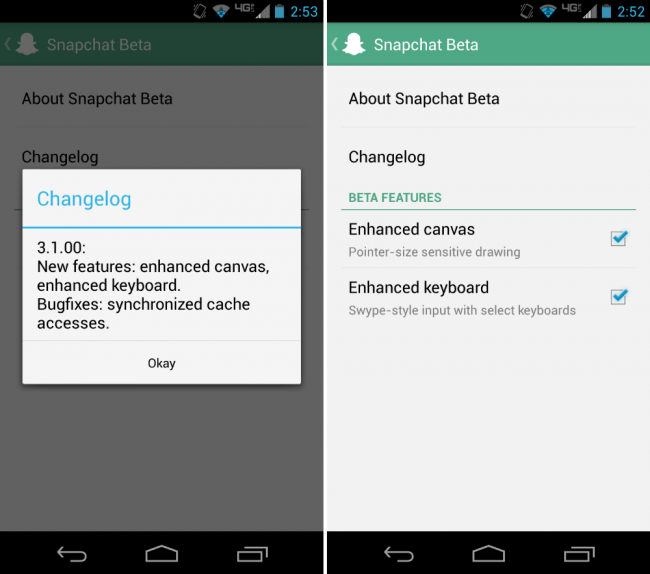