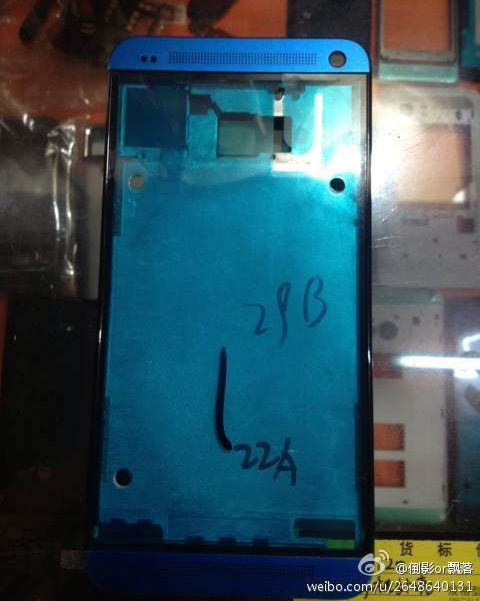 Now that the HTC One has launched on Verizon, it seems that HTC is going full-steam ahead in terms of advertising with their flagship device (again). Their Robert Downey Jr. media campaign is in full swing, they have a red version launching on Sprint sometime soon and now the previously leaked blue device looks to be in the cards in the near future as well. Pictures of a real device housing have made their way to the internet, showcasing…a blue One.

We aren’t sure if you should get your hopes up just yet or not for an imminent launch – it might be a while before you can buy this blue version of the One, but it might also be right around the corner. The red, Sprint device finally launched August 16 yet we have known about its existence off and on since the One launched earlier this year. Now that the device is available on all four major US carriers there’s a chance this could come to Verizon (rumors suggest that it will), but there’s also the very good chance AT&T wants to match this to their carrier color and make it another AT&T exclusive. Then again, since when have carriers color-matched?

Do you like the blue? Would you get it over the regular silver color?