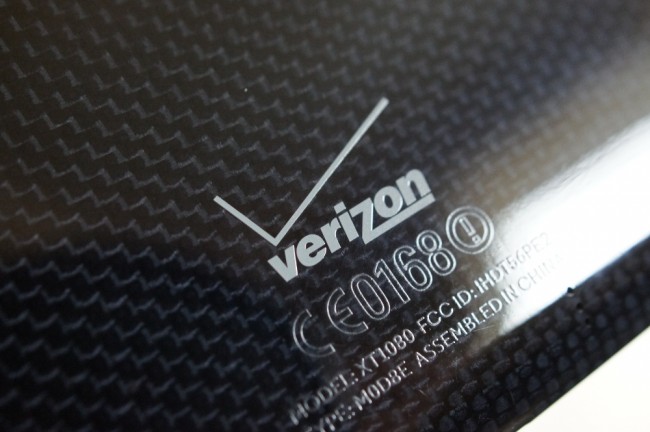 Yesterday, a reader of ours pointed out a Tweet sent from the official Verizon Support Twitter account (@VZWSupport) that caught our eye as it related to those of us holding on to unlimited data. The Tweet mentioned to a customer that Verizon would soon be launching a promo for unlimited data users that included 6GB of data for only $30, and would also allow them to participate in Big Red’s new VZ Edge (early upgrade) program. We scrolled through hundreds of other Tweets from this account, but this was the only mention of such a deal. We even tried getting them to provide more info, yet they never responded. Sure enough this morning, the Tweet (which we have included below) has been removed from existence.

So what’s going on and what is this new promo? Well, we know a couple of things.

VZ Edge launches on August 25 (two days from now) for Share Everything customers and those with an upgrade avaialble, so if there is going to be a promo, we may know about it by then.

Second, if this deal is real (and I can’t believe I’m about to say this), then talk about a solid deal (in terms of tiered data). Look, I’m the first person on the planet to speak out against tiered and shared data, as I believe it to be a complete rip-off. With that said, the current 6GB plan from Verizon runs $80 per month. For a normal 6GB customer, your bill would run somewhere around $120, since it would include $80 for the data plus another $40 for the smartphone line. If Verizon were to offer a 6GB plan at $30 and then keep the line price at $40, you are looking at $70 total, with an amount of data that few of you (unless you are tethering machines) would probably ever hit on a monthly basis, coupled with unlimited talk and text. I would assume that you would also be able to upgrade to a brand new phone.

Also, we did have at least one tip about this promo in our inbox late last night that not only referenced the 6GB plan for $30, but also suggested that we could see an 8GB for  $50 deal that would include tethering. The current 8GB data option runs $90, so this is a decent discount as well. What I’m confused about with the tethering option, is how Verizon would take out tethering from the 6GB plan, since tethering is a built-in feature to their normal Share Everything plans. (Edit:  We’ve also been told that the 8GB plan with tethering could be $50, not $80.)

At this point, we’ve got questions that need to be answered. Like for one, what about the rest of the current Share Everything customers? I can’t imagine I’d be happy if I were paying $80 for 6GB data, while Verizon was handing out the same amount of data for $30 to a select group of customers. But both the Tweet below and our source specifically mentioned unlimited data customers.

Update:  Our source from last night, along with another in the comments are calling the program Verizon Max. Hoping to have more info soon.

Update 2:  From what we’re hearing now, it sounds like Verizon Max is a program for lines that have individual data plans (read: unlimited data) and who decide to take part in Edge. The options will include a 6GB for $30 (with no tethering) plan or a 8GB for $50 (with tethering) plan.

Update 3:  We have confirmation on the entire Verizon Max plan here.

I’m curious, though, would a 6GB tiered data plan for $30 get you off of unlimited? 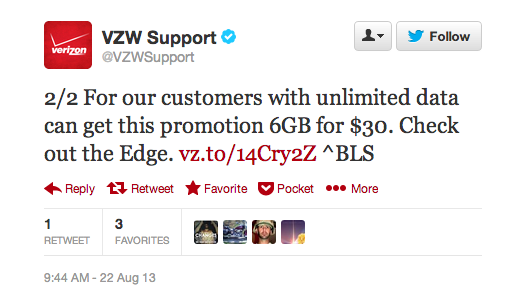