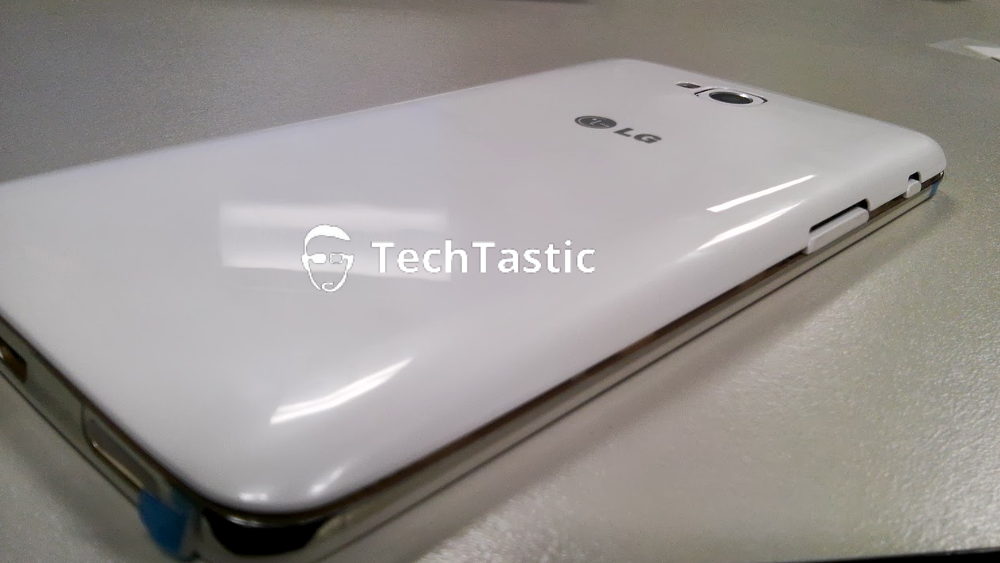 What do you think? Is that the next Nexus, made by LG? According to site TechTastic, who obtained the photo above from an “LG tester,” this could very well be our first look. Well, before we jump into that idea, let’s get a couple of things on the table.

First, we have no idea if LG is going to make the next Nexus. They made last year’s and could very well make this year’s, but that is all speculation at this point. Also, we keep seeing reports that Motorola is out and LG is in or that Motorola is doing the next Nexus and not LG. Why can’t they both make a Nexus phone? Samsung made the Nexus 10 and Asus made the Nexus 7. Those are two different companies who created similar products at different price points and different sizes for Google. Who’s to say that Google won’t release a super cheap Motorola Nexus along with a higher-end LG Nexus?

OK, so about this photo. Recent rumors have suggested that LG is making the new Nexus which could be dubbed “Nexus 5.” These rumors also suggest that this new Google flagship will be based (for the most part) on LG’s recent G2 offering, but potentially ditch some hardware components to stay reasonably priced, like last year’s Nexus 4. So we’re talking the same beautiful 5.2″ FHD display, but a Snapdragon 600 instead of a Snapdragon 800.

Also, further rumor details suggest that Google could change the design slightly by moving the awkwardly-placed rear volume and power buttons of the G2, to a more traditional side placement (as seen above).

So is that phone above the new Nexus? If it is, it must be an early prototype. It certainly looks like the G2, however, the phone pictured above appears to have a removable backside, which is actually a feature of the international G2, just not the U.S. variant. But we have no Nexus or Google branding, something that is always seen on Nexus products. And is it just me or are those buttons on the wrong side of the device? If you held that in your right hand, the buttons would have to be pressed with your fingers rather than your thumb. While Google could certainly make this move, the standard smartphone design places at least one of those buttons near your thumb, not your fingers. Not a big deal, as Samsung uses both sides of the phone for buttons, but just something I noticed.

Again, we have no idea if this is the next Nexus. But it sure is fun to talk about.

Update:  @evleaks thinks this is a picture of the Optimus L9 II and that Motorola will likely make the next Nexus.