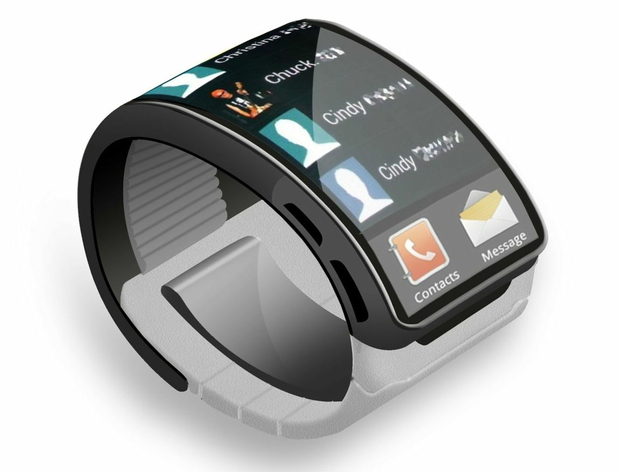 On September 4, Samsung is set to take the stage in Berlin and unveil the Galaxy Note 3. While that is pretty much 100% confirmed, there have been talks and even patent filings concerning a Samsung smartwatch, which was first referred to as Samsung Gear. According to SamMobile, they have learned from sources that Galaxy Gear (model number SM-V700) is real, and will be launching alongside the Note 3 on September 4 at the Unpacked event.

The above concept render is based on a patent filing that took place earlier this year. It is reported that the watch will connect perfectly with other Galaxy devices from Samsung (not just the Note 3), and could feature a built-in microphone and speakers. As far as what other features we should expect from Galaxy Gear, there is no telling.

Anything in particular you would like to see from a Samsung smartwatch?