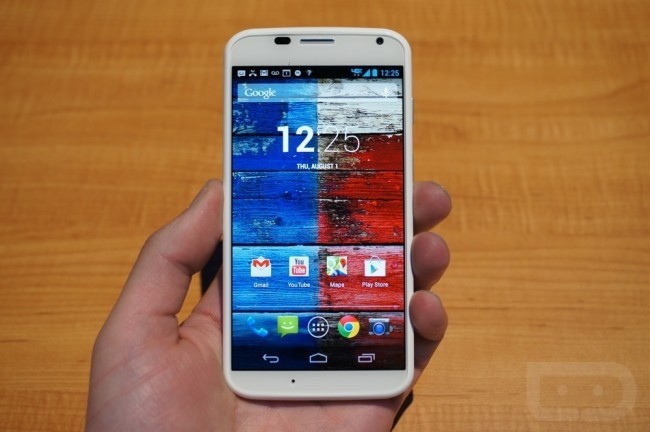 In a meeting directly following the unveiling of the Moto X, Motorola’s CEO Dennis Woodside gave a little insight into his company’s plans to release a cheaper version of the device for developing and prepaid markets. In the upcoming months, Motorola plans to unveil a cheaper X model, one that will be more desirable to those who aren’t looking to pay $600+ for a smartphone, in addition to it being available internationally where customers tend to buy devices outright, not subsidized through carriers.

Woodside spoke briefly on the current less-than $200 smartphone market and said this:

The experience of devices you can get for less than $200 is subpar right now. We want everyone to have access to affordable smartphones.

As for the Moto X’s full retail price here in the U.S., we are still awaiting confirmation from Motorola, but apparently AT&T divulged that the off-contract price will sit at $575 for the 16GB version and $629 for 32GB. A cheaper variant of the X for prepaid and developing markets could be a success, but for those that want the latest and greatest specs, they will probably not be too thrilled when they hear what types of cuts are made to make the device more affordable.