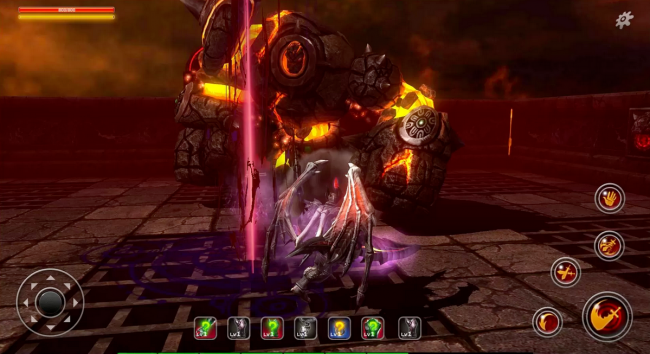 Just in time for the launch of NVIDIA SHIELD (full review here), Blood Sword THD has hit Google Play. This game is one of the few Tegra-exclusive titles we have seen hit Android in a while, so anyone running anything but a Tegra-powered device should look for something else to occupy their time. We know, it sucks.

In Blood Sword, you play as a heroic character who is attempting to defeat the world’s evil forces. You have a massive sword that is capable of wielding brutal damage upon your enemies, as well as some sweet magical powers to help. The game reminds us a lot of Diablo, a classic game with top-down RPG gameplay.

It costs $0.99, but again, Tegra devices need only apply.