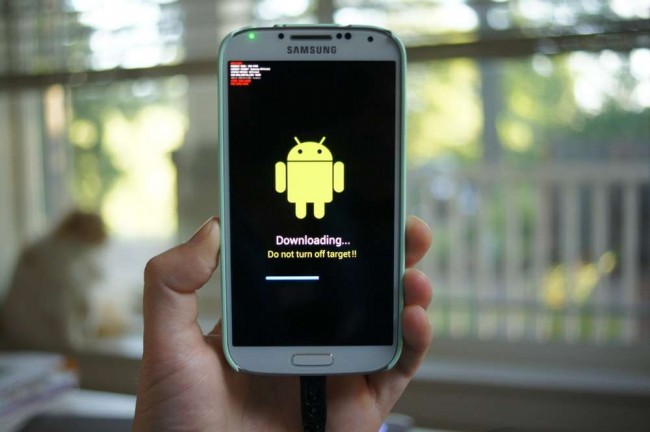 The Samsung Galaxy S4 on Verizon has a new update available this morning, though the way to get it differs than the procedure you are probably most used to. Instead of being pushed over-the-air (OTA), Verizon is using a Software Upgrade Assistant through either Windows or MAC PC to install the update. Now, we noticed a mention of this tool on Big Red’s site a week or so ago but assumed it was a placeholder for a future update. Boy were we wrong. We were able to attached our Verizon GS4 to a MAC this morning, find the drive that housed a VZW Installer app, launch that app, and then begin an upgrade process.

The update is VRUAME7, and appears to be very large, as the update took a substantial amount of time to download and then install (probably 20+ minutes). For now, all we can tell is that the update allows for the notification bar to remain transparent on any wallpaper and that apps can be moved to the SD card. There is a chance that it also includes Samsung’s KNOX security suite, which was recently a part of an OTA for Sprint’s Galaxy S4. Verizon has yet to release an official changelog, so we’re stuck digging for changes. 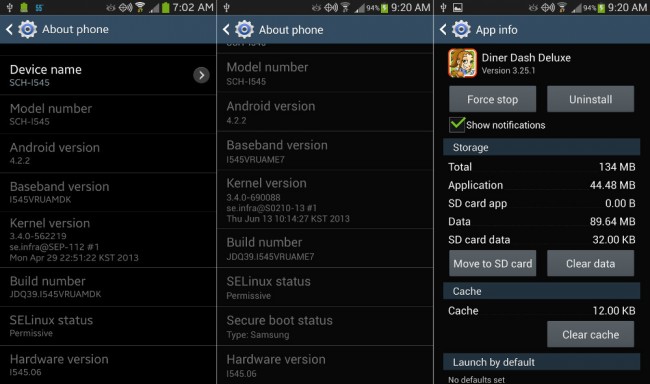 One reader of ours did lose root after updating, so be careful. There is also a new line in the “About phone” section that reads “Secure boot status, Type: Samsung,” however, that could mean nothing for all we know.

Update:  We’ve been told that this permanently patches the previous root method, includes a new bootloader, and will (for the time being) make life hell for those who want root. If you wan’t to keep your freedom, do not update yet. (More at this XDA thread.)

Instructions for setting up the software update installer can be found here.