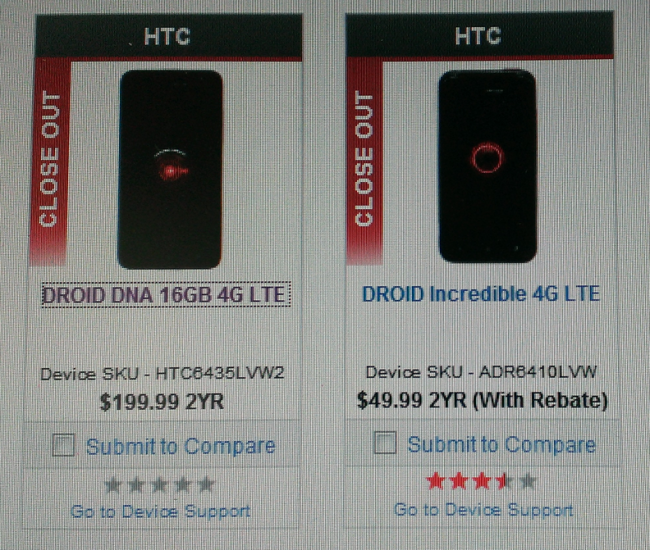 With summer upon us,  and Verizon having acknowledged that it will carry the HTC One “later” this season, we’ve been told that stores are now running promos for sales reps to move remaining inventory of the DROID DNA and Incredible 4G LTE. In fact, both phones have been flagged for “close out” within the last day or so (pictured above). Once the last device is sold, stores (at least of the 3rd party variety) will no longer stock either device to make room for something new, likely the One. A firm launch date for the HTC One on Verizon has yet to be revealed.

I don’t want to speculate too much because Verizon said that they are carrying the One, specifically, but this does remove two DROID branded devices from the lineup, leaving only the dated RAZR HD and RAZR M under the popular tag. With the @DroidLanding Twitter account reactivating in the last day, with some sort of game or contest on the horizon, we’re sort of expecting a new DROID phone to arrive. The question is – what phone could that be? HTC appears to want to rid itself of specific carrier brands, while Motorola and their Moto X may do the same. So what is left?

Either way, it was nice knowing you, DROID DNA. You were a beast in your own right, with that gorgeous 1080p display and sleek matte black exterior.