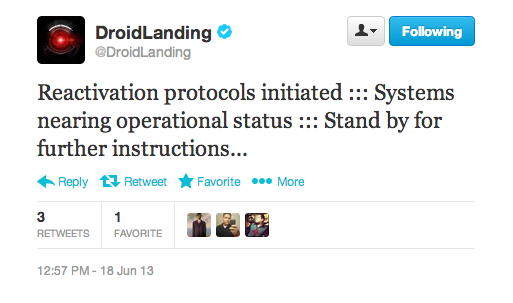 Oh boy, let the hypebeasting begin. The @DroidLanding official promotional Twitter account behind a handful of DROID-related scavenger hunts and phone teases over the years has reactivated, sending its first Tweet since November 2011. What does this mean? Well, we don’t know for sure other than we are supposed to stand by for “further instructions.”

I smell a contest or a phone launch of some sort. We haven’t had a DROID phone from Verizon since the DROID DNA launched last year – what could this be? Something from Motorola? Something from HTC? You tell us.

Update:  Another Tweet has gone out, mentioning augmented reality in the process. We have seen scavenger hunts in the past through this account, also that used augmented reality as a way to discover hidden devices that are a part of their contests. Something is coming, it’s definitely going to be DROID branded, and will likely involve a scavenger hunt in order to win one. Stay tuned! 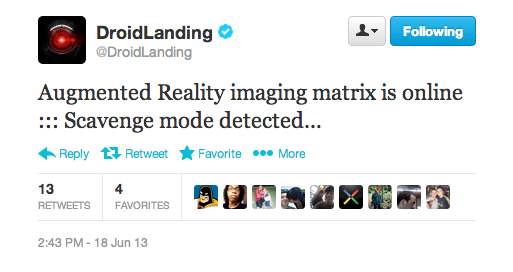