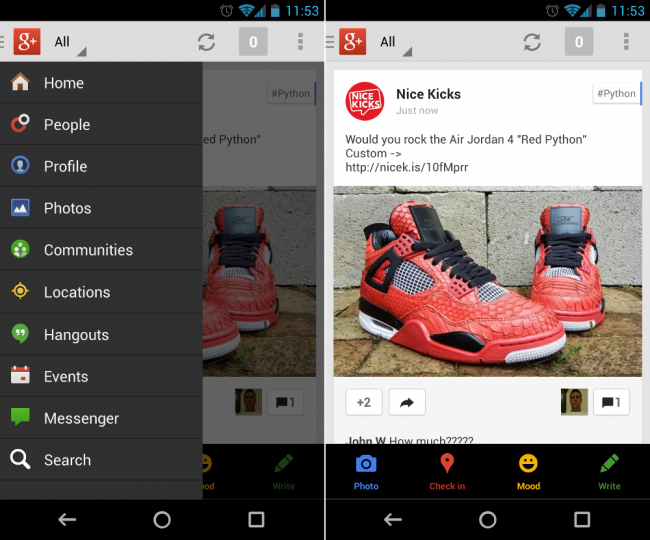 A solid Google+ update was announced this morning, with availability happening via the web and Android first before moving onto iOS. The update introduces a new navigation drawer that is “more consistent with other Google apps.” We’re hoping that means you can access it with a swipe from the left side of the screen like almost all of the recently updated Google apps. The new Android app will also show number of +1’s, comments and reshares in posts, plus you’ll be able to delete photos from the Photos view.

In terms of notifications, the Google+ team is introducing syncing across devices, so you no longer have to see the same notifications from device to device if you have already checked them. They also tossed in a new notifications tray with a bell icon that lets you know if anything is waiting for you, and separated unread and read trays.

The update for Android should be out today, however, it’ll likely have a staged rollout so who knows when you’ll get it. 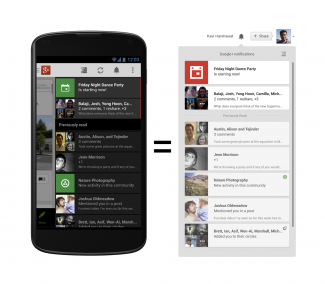 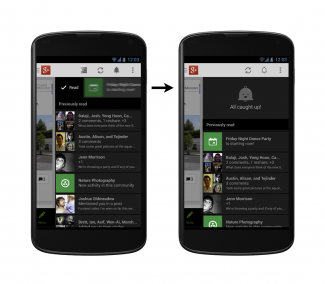