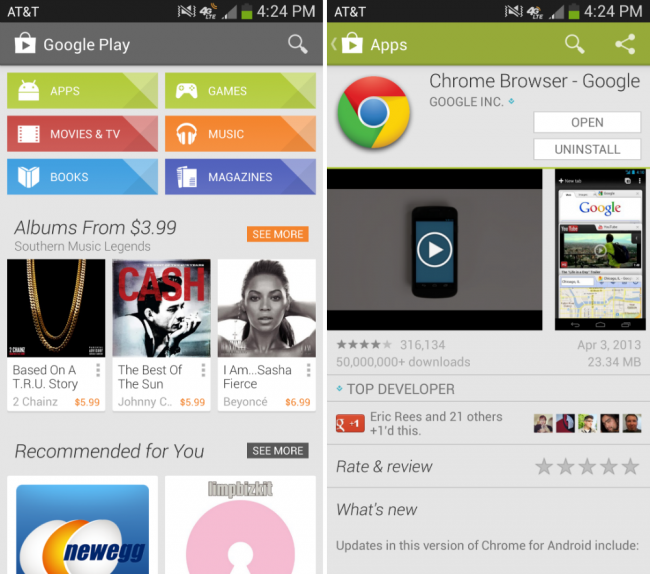 A day ahead of the Google I/O keynote, an update is rolling out to Google Play, version number 4.1.6. Inside the update is a new look for the home buttons (Apps, Games, Movies, etc.), giving them a more colorful appearance. On top of that, it appears that each application page is laid out better, with the  “open” and “install” buttons being separated a bit more. In the previous version, they were a bit cramped and I know we voiced our minor frustrations about that during one of our DL Shows.

Users who use the Wishlist feature will also see a new layout for that, as apps now appear as rows of three from left to right, instead of just top to bottom.