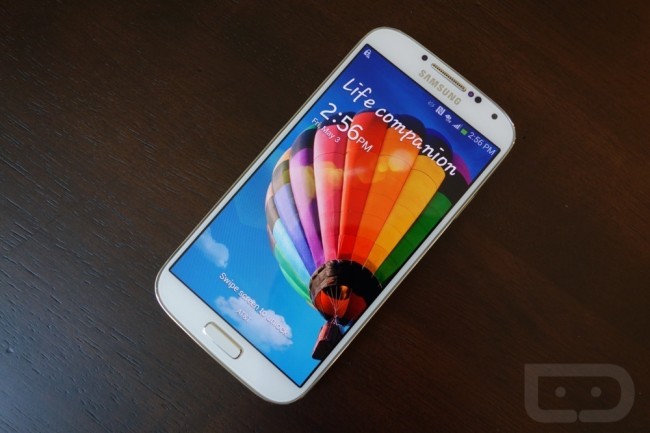 Yes, I’m well aware that we fully reviewed the Samsung Galaxy S4 already. But you know what, we like to do unboxings. And since we didn’t have a chance to do one the last time around thanks to an embargo, we thought we’d take the time to do a quick one now that we have the AT&T Galaxy S4 in hand. Who doesn’t love watching our grubby little blogger paws unbox the latest and greatest in tech that has been wrapped in faux-wood? Don’t lie.

As one would expect, the AT&T version of the phone is no different from the Sprint version outside of the fact that it runs on HSPA+ and LTE, while the Sprint version runs on CDMA mostly, but is supposedly capable of running on LTE, though that has yet to be seen by anyone other than Bigfoot (kidding of course). You’ll also find a boatload of AT&T branded bloatware, which we take the time to count in our video down below. This is the white version – our Sprint review included the black version of the phone.

Oh, and since I was so excited to ditch my Sprint Galaxy S4 for the AT&T version, I completely forgot to show you what comes in the box during the clip. That’s the power of LTE for you. So below, you’ll see a picture of the insides which include a charger, more documentation than one person can possibly read, and tangle-free headphones.

And once again, don’t forget to check out our full Galaxy S4 review if you haven’t seen it yet. 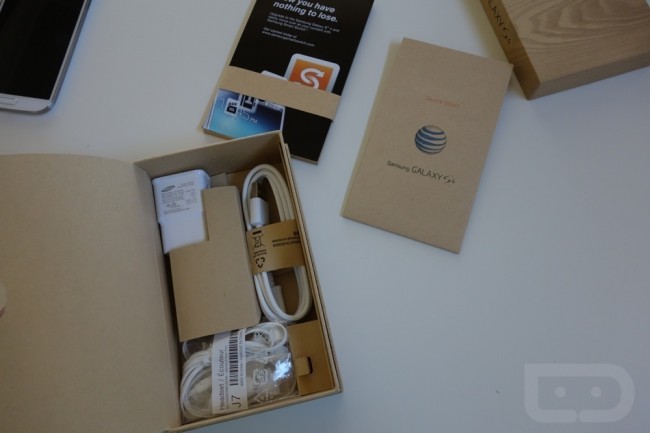 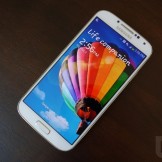 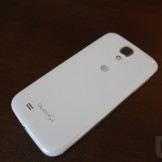 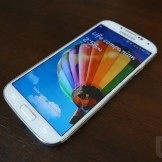 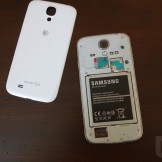 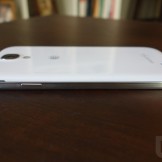 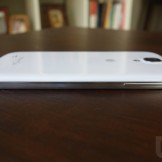 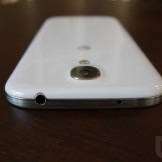 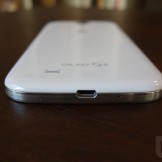 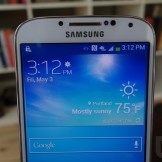 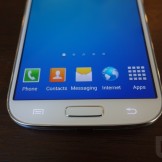 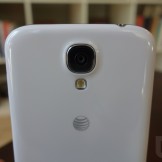 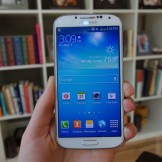