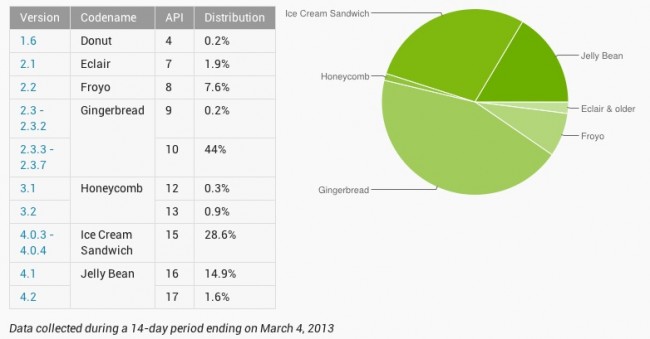 Compared to last month, that’s a 2.9% increase for the newest version of Android. We’re also finally starting to see Gingerbread and Ice Cream Sandwich shares take a bit of a hit after what seems like years. That means a couple of things – people are dropping Gingerbread devices and upgrading to new ones with newer versions of Android and that manufacturers are finally starting to update their phones.

And cue the Apple blogs with ridiculous titles about fragmentation.