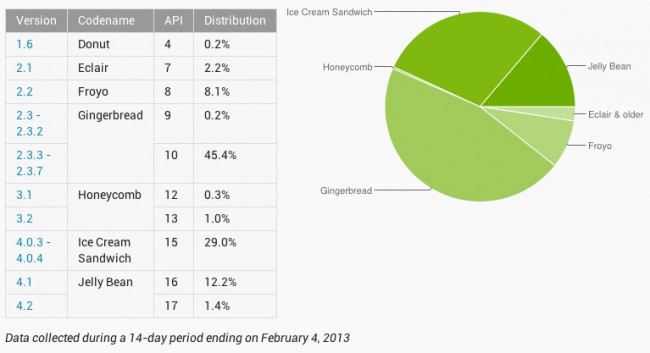 Within the hour, Google released new Android distribution numbers for the month of February. The numbers, as usual, aren’t anything to have your IRC troll group run to reddit with, but they do offer up a look at whether or not any Android OEMs have updated phones over the last month. As expected, there have been, so the numbers are changing in the slightest of ways.

Neat, right? If you say so.