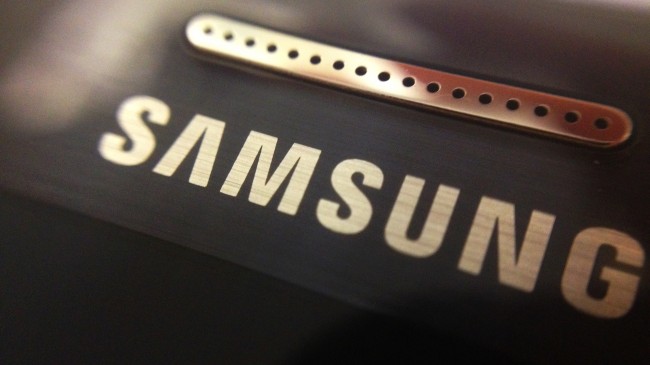 When Google purchased Android, their goal was to fight Microsoft and topple Windows Mobile’s dominance. Instead, Google has found itself fighting off Apple as companies like Palm (now HP), RIM (now Blackberry), and Microsoft fell by the wayside. Instead of asking for a licensing fee from OEMs, Google decided to make Android free to use. Little did Google know, Apple would make a huge play in the mobile space that would forever change the market. Back in 2008, Samsung was nothing in the mobile space. It wasn’t until 2010 when Samsung released the Galaxy S worldwide that the Korean company began to find success in the market. Flash forward to today and the company claims about 40% of the worldwide smartphone market. In many ways, Samsung is the hero in Android’s war against iOS.

The Wall Street Journal’s Amir Efrati is claiming that Google is becoming increasingly concerned about the possibility of Samsung demanding more money from Google because of Samsung’s unrivaled dominance in the market as an Android OEM. Efrati also speculates that Samsung could use its market share to leverage getting access to the newest version of Android regardless of if it is the Nexus partner, putting other OEMs at a severe disadvantage. While Efrati doesn’t come out and say it, the threat of Samsung leaving Google hangs over his article. If Samsung demands more money and Google refuses, Samsung could fork Android, leaving Google to fend for itself with a myriad of relatively unsuccessful manufacturers. If Google agrees to give Samsung more of a share in revenues from mobile advertising, other OEMs could respond to their favoritism by forking Android or focusing only on Windows Phone.

To preemptively deal with the situation, Google is allegedly working with Android OEMs, especially Motorola, to keep Samsung in check. Efrati’s sources alleged that Rubin heralded Motorola as an insurance policy against a manufacturer like Samsung gaining too much traction in the market. The irony, of course, is that Google likely bought Motorola to ensure that the company wouldn’t use its heavy patent portfolio against other Android manufacturers.

The notion that Google could use Motorola to push back against Samsung seems comical at this point. I do not want to rule out Motorola making a comeback with some fantastic hardware, superior software, and support on all major carriers, but at this point both Motorola and Google have a lot to prove. Motorola has spent the last couple years pumping out Droid RAZR variants while Google has yet to get a Nexus devices on every carrier (much less reliably available on their own store). Should the two companies get their act together, it would be possible for them to fight back against the Korean giant, but they would be the underdog in a very dangerous game.

The reality of the situation is that if Google lost Samsung, Google would face the possibility of becoming the next Blackberry or Windows Phone. Without Samsung, Google would be a distant third in an ever-shrinking mobile market. Google would be forced to rely on Motorola, HTC, HP, LG, Sony, Huawei, ZTE, and others to fight back against Samsung. Samsung, Apple, Microsoft, Blackberry, HP, and others currently make up 70% of the smartphone market. 30% of the market isn’t a small piece, but none of those individual companies have been successful in the mobile space in any meaningful way. HTC has reported one terrible quarter after another, HP purchased webOS only to do nothing with it for two years while it bled talented developers, Sony has essentially no presence in the US phone market, and the other companies have little to no presence in the US thanks to concerns from American politicians about Chinese manufacturers using their Android devices to spy on Americans. Worse yet, the only other theoretical contenders that would be left to join Google to fight Samsung, Apple, and potentially Microsoft would be Nokia and Blackberry, both of which have not been especially successful in the mobile space for the past five years. In this situation, Google would probably be forced to expand the Nexus program (something that has been rumored for several months) to ensure that several OEMs have an edge on Samsung.

Of course, that doomsday situation assumes that Samsung could maintain the same dominance in the mobile space without Google’s services, including Gmail, Google Maps, and Google Play. Samsung could try to turn to Amazon for an app ecosystem and Microsoft for mail, maps, and search, but if they had the gall to leave Google then Samsung may not be quick to jump into bed with two completely separate companies to deal with more of the same negotiations. If Samsung wanted to maintain their dominance in the mobile space without Google, Microsoft, or Amazon, they would be forced to make or expand a separate app market, content store, mapping application and database, all while continuing to be dependent on Google for the base of their operating system.

Because of all those obstacles, Samsung would be much, much more likely to stick it out with Google or turn to Microsoft and Amazon. Microsoft might jump at the possibility of having its services running on a much larger sample of the market at Samsung’s price and Amazon (whose two goals seem to be to make as little money as possible and never announce sales numbers) would probably give Samsung access to their Appstore as long as Samsung used their music and video services. Samsung is undoubtedly talking with both Microsoft and Amazon about these possibilities should they determine that Google is more of a burden than a blessing.

Either of those solutions comes with a huge caveat, however: Samsung’s users have paid into Google Play for apps and content. To encourage users to stick with Samsung devices, Samsung would have to ensure that the majority of apps that their users use were in their/Amazon’s app store and possibly offer refunds for apps that users paid Google for. These issues could be surmounted, but they would be a PR nightmare and Samsung would undoubtedly lose market share in the process.

The crux of the issue centers around whether or not Google and Samsung’s relationship will fall into disrepair. Both companies have a ton of money at stake without each other. Samsung isn’t necessarily in the wrong to ask more of Google, but it’s not like Samsung had done well for itself with its Omnia line of Windows Mobile phones. It wasn’t until Google started giving away Android that Samsung was able to become the monster in mobile that it is today.

Regardless of if you see Google as being stingy towards Samsung or Samsung as ungrateful, the reality of the situation is that Samsung has been working hard at ensuring that they can leave Google if they need to. Samsung has continued to not only change how Android looks and works on their devices, but it has also continued to push its own versions of products and services that compete with Google’s, including S Voice, Samsung Wallet, ChatOn, Media Hub, and Samsung Apps. Google has every right to be concerned about Samsung, but I think Google has more to lose than Samsung does. Google may not owe Samsung anything, but Google cannot afford to lose Samsung just yet. The most likely result of the tension between the two companies is that Google will give Samsung more of a share of its mobile advertising revenue while investing heavily in Motorola and others to lessen Samsung’s dominance.

The irony of the situation is surely not lost on Google’s executives; such a move would be appeasing the war-hero-turned-enemy. Samsung may not be Google’s enemy now, but the threat of Samsung being able to leave Google is a threat that Google needs to be able to respond to. The question is, will Google and its OEMs be able to diminish Samsung’s market share without alienating the company that is making Android succeed?