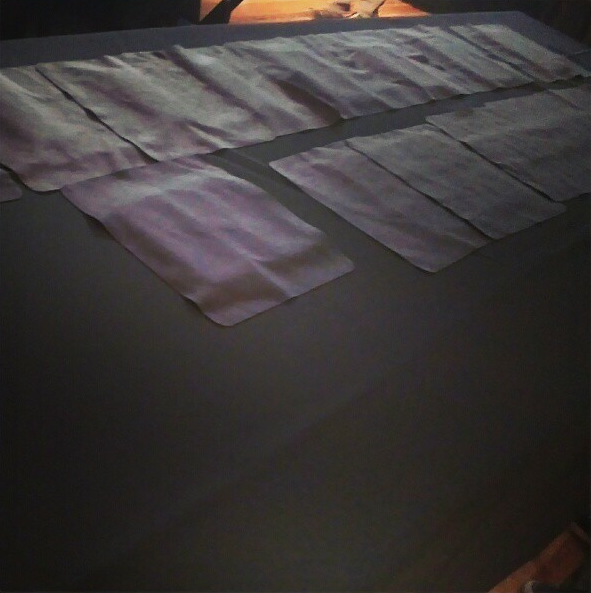 It’s no secret that HTC is having an event tomorrow to announce what we are pretty sure will be the HTC One. They haven’t been short on teasing their new device, whatever it is, and today on the eve of the event, HTC posted this picture to their Instagram account. Whatever could it be?

Upon examining the photo closer than it probably should be, one of those cloths seems to be covering up something larger than the other ones. While it’s most likely two phones under one cloth, could HTC pull a fast one and announce a tablet or something crazy tomorrow? More than likely that isn’t the case, given HTC’s recent stance on Android tablets.

Update: Well, this is scary. Ubuntu now has a countdown on their site that is tick tocking right up to HTC’s press event. Not only is it a countdown, but they say that it’s, “tablet time.” Could that be a freakin’ HTC Ubuntu tablet under that cloth? Lord help us.

We’ll be at the event tomorrow giving you updates as they happen.