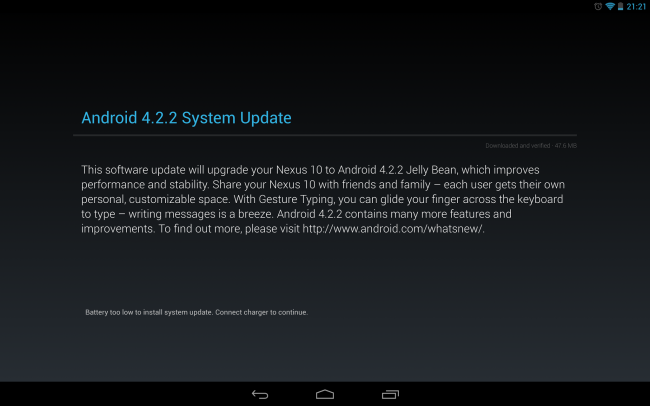 A couple of reports over at reddit and XDA this evening point to a rollout of a new update to the GSM Galaxy Nexus, Nexus 7, and Nexus 10. The update, as one would expect, is Android 4.2.2. We have seen this build a couple of times now, though we had no idea when to expect it. That time could be now.

The reports aren’t all that clear as to what may be included. Some think that Bluetooth streaming could be slightly improved, however, some of the earlier updatees have mentioned that it’s not perfect. Other than that, we won’t know for sure until it hits our own devices.

We have checked multiple Nexus 7s, a Nexus 10, a couple of GSM Galaxy Nexus phones, and my Nexus 4 and have come up empty. If you see it, be sure to let us know. Don’t forget to try to grab the link to the update file as well.

Nexus 10 About screen after the update:

GSM Galaxy Nexus About screen after the update: 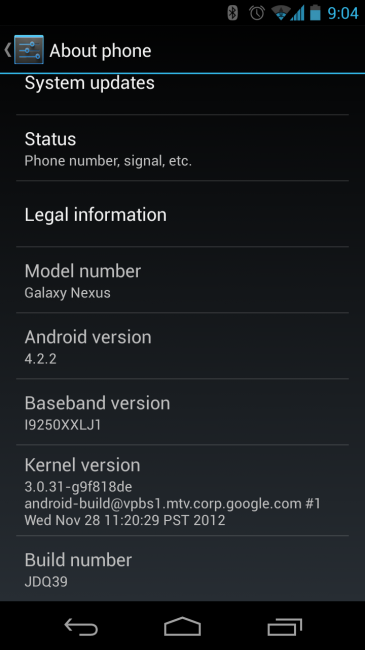