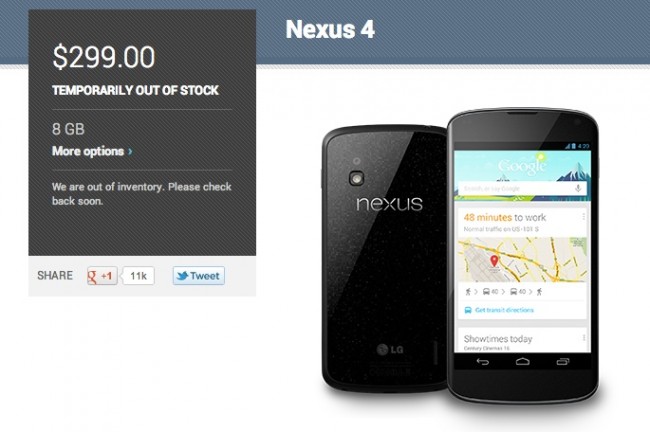 The Nexus 4 returned to the Google Play store last week after an almost two-month long absence. At first, it appeared as if stock levels were holding strong, even after Google switched the shipping time frame to “3-4 weeks” within the first 5 days for the 8GB model. Well, as of this morning, we were notified to a change in the listing, one that now reads “Temporarily Out of Stock.”

The 16GB version is still available, though it’s now shipping in 2-3 weeks instead of 1-2.

So even after a major replenishment, Google still can’t keep up with demand for their latest Nexus phone. While Google has reportedly only moved over 1 million units, I’d say that this is still their most successful launch to date.