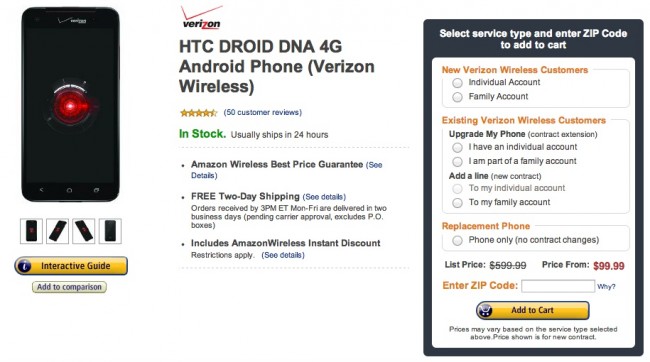 After we reviewed the DROID DNA by HTC, it was easy for us to call it one of the best Android phones on the market. With a class leading 1080p display, 2GB RAM, a quad-core Snapdragon S4 Pro processor, and reasonable $199 price tag, there were/are few phones that can match up to it. What if you could get it for under $199, though?

Amazon has dropped their prices for the device to a low $99 on 2-year contract for new customers and $149 for upgrades. The upgrade price isn’t a steep cut from Verizon’s price, but it’s still a cut. If the DROID DNA has been on your radar, now would be a good time to think about jumping on it.