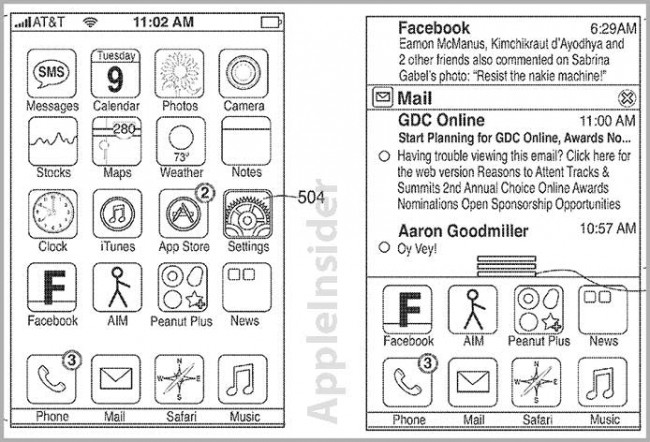 Back in 2009, Google filed a patent for Android’s “notification bar,” a feature that Apple wouldn’t figure out how to implement into iOS for another couple of years. Here we are almost four years after that patent was filed and Apple has decided that its “notification center” is worthy of its own.

Android’s “notification bar” allows users to manage incoming messages, Tweets, calendar appointments, alarms, and emails, to name a select few. It’s evolved over time, but back in 2009, it was accessed just as it is today, with a simple swipe down from the top of the phone. Users are also notified of new notifications through this bar as they come in.

There is no telling if Apple will attempt to use this patent in future lawsuits, but I can’t imagine it doing much good, especially after having filed for it years after Google attempted to patent a similar technology. On a positive note, this is one of the few times we have seen Apple show up late to the party on the patent front.