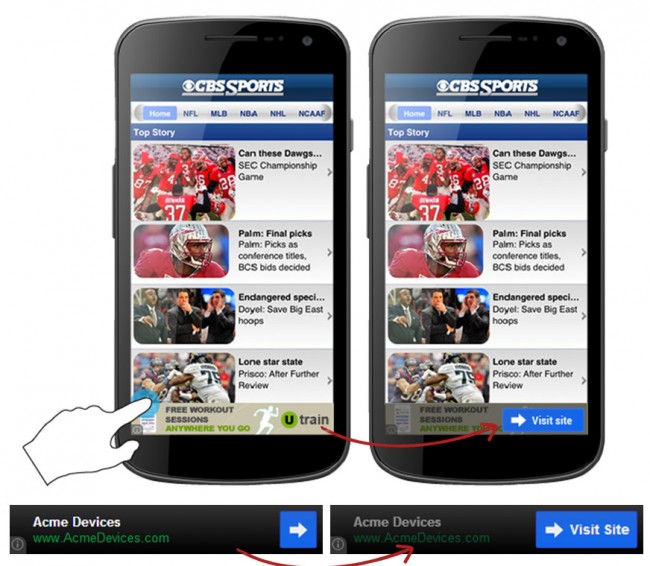 Google doesn’t it like it that you may be automatically taken from an app after an accidental brush with an advertisement. With many in-app advertisements placed strategically to attract more clicks, Google still wants to make sure that users are actively meaning to tap on them. So that app of yours with a delay in ad-load time, that tricks users into tapping an area that eventually turns into an ad, will no longer work the same.

Google had this to say:

Ads on smartphones are effective, but many of us have at some point clicked on an ad by accident, which ultimately is a bad experience for the user, the publisher, and the advertiser who pays for clicks that may not be valuable. Our team has been analyzing the types of ad formats where accidental clicks are more likely to occur due to ad layout and placement, and are constantly looking at ways that we can combat them.

As you can see in the image above, tapping on an ad should activate a big blue confirmation button with an arrow that says “Visit Site.” If you see an ad with a small blue button, you can click that and go directly to the advertiser’s site.

I can’t imagine app developers who make a living off of perfectly placed ads that grab accidental taps are going to be all that happy. With that said, users like you and I, should be thrilled.