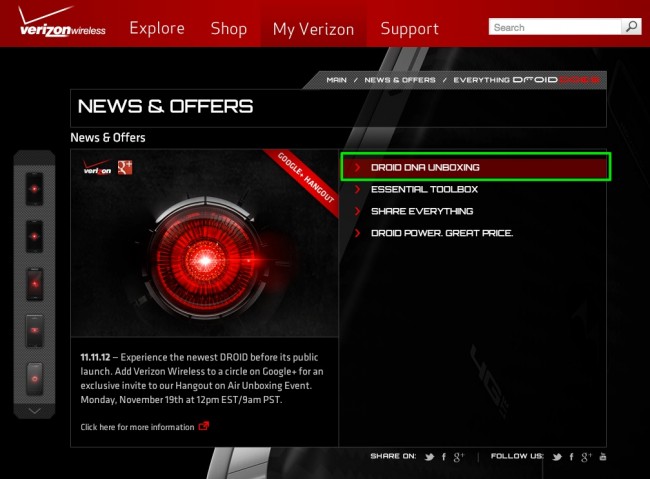 If that’s not “official” then I don’t know what is. As you can see in the screenshot above, taken from Verizon’s droiddoes.com site, the first news item listed says “DROID DNA UNBOXING.” The HTC DROID DNA is expected to be announced by Verizon this Tuesday in NYC, an event we’ll be at, but this essentially confirms it all. Not that we were second guessing it’s arrival, it’s just that we like it when the company that plans to sell it, backs everything we have been writing about.

On this “unboxing” note, it appears that Verizon is teaming up with PhoneDog to do a live unboxing of the phone through a Google+ Hangout on November 19. That’s fun and all, but that could also mean that the November 20 date we have seen on leaked MAP lists is actually the launch day (see below).

Update:  Reader Douglas noticed that on Verizon’s Google+ page, it confirms a November 20 launch. Following a mention of the live unboxing, it clearly states that this is happening “the day before it launches.” 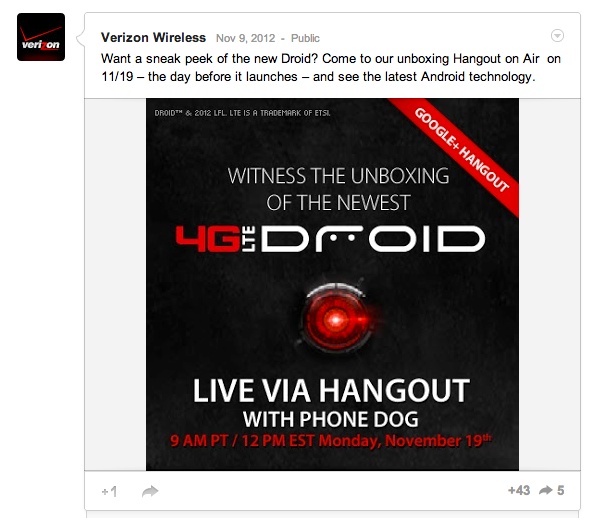 And last, another pair of “official” renders has appeared courtesy of @evleaks. What can I say – the phone looks nice. It’s like an HTC One X, but all DROIDed-out for Verizon. The 5″ 1080p display will likely be the best in the business, the camera should rock, the quad-core Snapdragon S4 Pro processor is blazing fast, and Big Red’s LTE footprint on this country will be taken full advantage of. 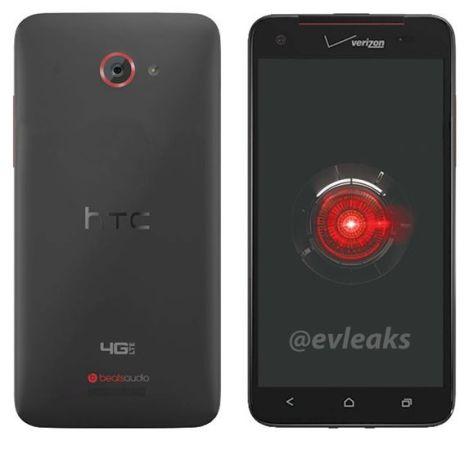