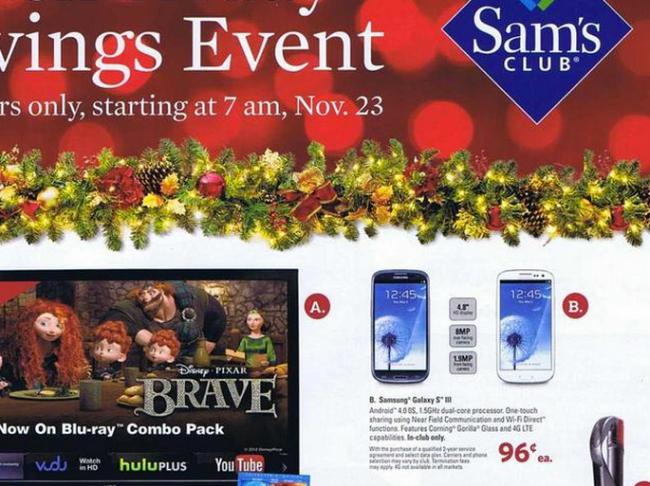 Sam’s Club is now the owner of the “Best Black Friday Deal Award” for the time being. According to their Black Friday ad, they plan to sell the Samsung Galaxy S3 for 96 cents ($0.96) the day after Thanksgiving. Yes, if you are a part of the club, you can pick up the hottest phone of the year for less than a dollar, as long as you are down to sign a new 2-year contract. Talk about a steal.