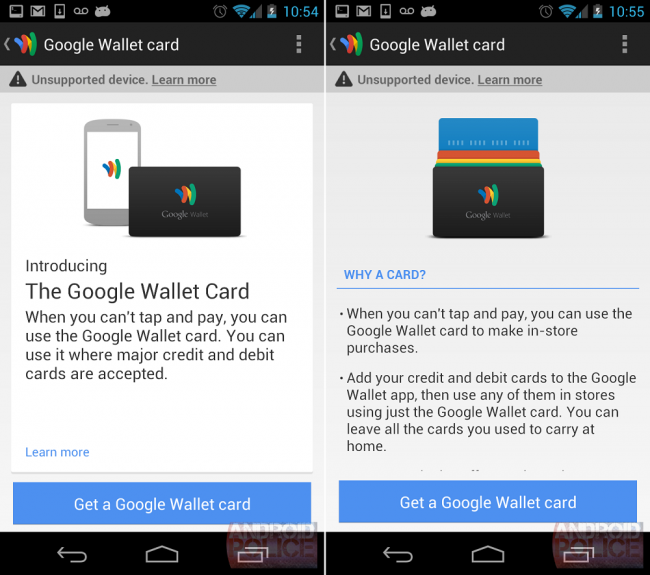 Big news on Google Wallet today, as a future build has been supposedly leaked, spilling tons of information for the future plans of the service. Physical Google Wallet card, anyone? According to Android Police, who received the leaked app, Google plans to distribute physical cards to users that can be programmed to mimic any major credit/debit card. Using your phone to program the card, you can decide which account of yours you want funds pulled from at time of the purchase, which means you can basically leave the rest of your plastic at home.

That isn’t the only big news though – also seen in the application are menus and settings for withdrawing and depositing money into a “Wallet Balance” which could be linked across several Google services such as Google Play, etc. Another feature that we had hoped for was peer-to-peer money transfers which seems to be baked inside, as well as Transit Passes. For anyone living in a Metropolitan area, this will surely come in handy, as that will be one less piece of plastic you have to carry around.

Not long ago, a sign up page for a new version of Google Wallet went live and people could go enlist themselves. Could this be the next version? It’s definitely a lot to soak in, but if all of this pans out, Google is looking to be growing this service by leaps and bounds.

What do you think? Completely awesome?