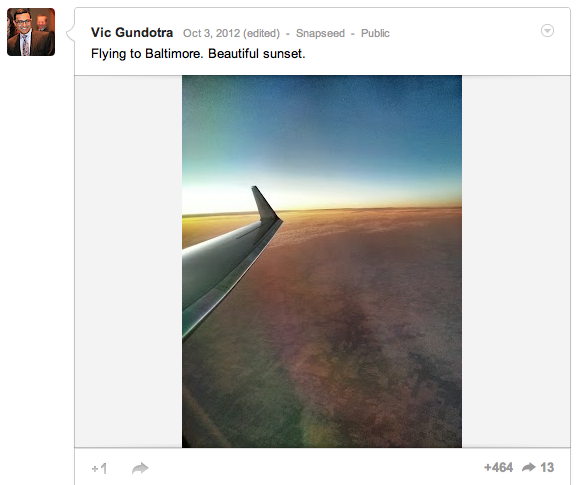 There must be a lot of perks to being a big wig at Google. One of which is using products that your company hasn’t even publicly announced whenever you want. Lots of fuss was made when Google snatched up Snapseed, a popular iOS photo editing software, for use in Android, but it seems that the Android launch isn’t too far away.

Vic Gundotra posted a picture to Google+ the other day, which looked very hipster-filtery but upon closer inspection you can see that it was posted using Snapseed. The photo editing application was only acquired two weeks ago so it makes you think the Android app was already in production before Google acquired them. Whenever it does come out, it looks like it will have a tight integration with Google+.