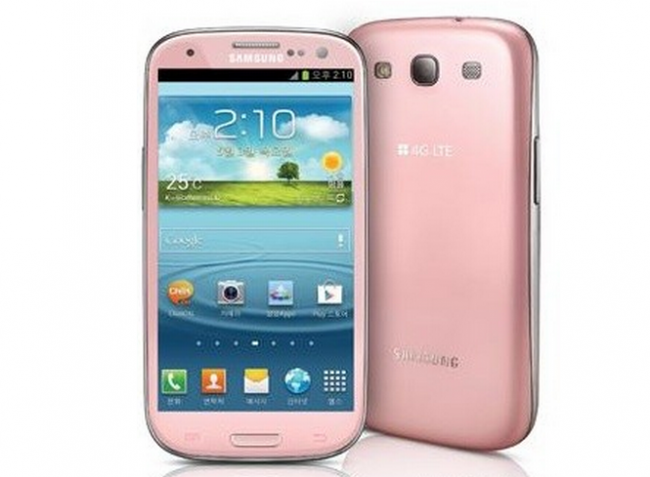 According to images leaked to the web, Samsung will be releasing a bright pink version of their Galaxy SIII in Korea next week. Sexy. So far, Samsung has been working hard to expand their color offerings and just recently released four additional colors to go along with the original pebble blue and white variants.

There is no official word from Sammy on if the pink version will land in the States yet and it’s usually dependent on the region, but fingers crossed some girls can get their hands on this beautiful device in time for the holidays. In fact, Samsung should send us some seeing as how it matches Droid Life’s colors pretty well.