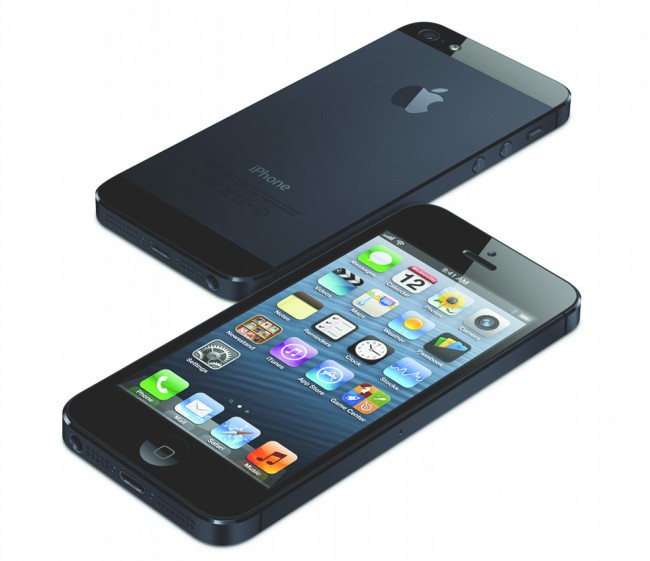 Reactions? We know you have them after hanging with us during Apple’s iPhone 5 event. The announcement has had an hour or so to soak in, so after reading our initial thoughts below, be sure to drop yours as well. Did anything impress or surprise you? Are you dying for Google to announce the new Nexus, now?

I’m confused, did Apple announce the iPhone 4, 4S or 5 today? At this point in Apple’s history, it’s tough to tell anything they do apart. Each time we get a new product, we all walk away saying, “Wait, where is the redesign?” They’ll tell you that what they are showing you has been completely redesigned, but even commenters in our live chat were having difficulty telling the new 5 apart from the 4S on stage. Basically what I’m saying, is that Apple has their formula, and unless you buy into it, you aren’t ever going to come away all that impressed.

They fine-tune, they don’t reinvent or re-create or any other fancy word they may use. Clearly it’s a winning formula, but it’s one that feels more stale today than it ever has. The big bold numbers in slides, inflated stats, and wordplay aren’t changing. Every time Tim Cook and his crew takes the stage, you can predict what they are about to say, show, and reveal. I’m sure this phone will be a massive hit, but even to an Android guy, I expected more this time around.

Well Apple, you’ve done it again. Thankfully, it looks like the media is finally starting to cut through the B.S. and is realizing these devices are getting less and less cool as the years go by. What’s even more amazing is that my Facebook feed is filled with less, “OMG, the new iPhone is awesome!” Is it possible that consumers are starting to see a trend and are actually unimpressed with what Apple is producing these days?

Apple’s new iPhone 5 is the definition of a boring product in comparison to previous works. It has a bigger display! Whoopty doo. It has 4G LTE! What top of the line Android device doesn’t? If you’re going to stick to iOS as an operating system, then by all means, this is all going to be awesome for you. If you’re serious about getting a real smartphone that has had all of these features and then some, go get yourself a good Android phone. I’ve been let down, Apple.

These of course are just my initial reactions and I’m sure my opinions will change as much as I change my clothes. Often.

For a company that likes to tell their users what they should have in a mobile device, Apple has really painted themselves into a corner with the iPhone. The iPhone 5 is not really that striking, or exciting. It’s lighter and thinner and has a few more technologies that Android phones have had for a while now. Where is the new? Apple rolled out iOS 6 again today, as if we didn’t see it months earlier, and even that wasn’t a big upgrade either. Apple is taking the word “redesign” to the next level and relying on their fans to buy the next version of the iPhone just because it’s an iPhone. It will indeed “just work” but the mantra is soon become “it’s just an iPhone.” When it was first released it was revolutionary, now it just seems reactionary. Nevertheless, it will sell well and 4-inch screens are now ‘in-style’ but Apple’s announcement today was on par with the 4S announcement last year: disappointing.

The iPhone 5 was everything I expected and nothing I hoped for. It matches the competition without really innovating in any way. I’m not sure if Apple isn’t innovating anymore because someone else will come up with something, or if Apple is trying to ride this out instead of innovate on top of its cash cow like it did with the iPhone killing iPod sales. At the same time, I’m not sure what to expect from Google in the coming weeks. It’s becoming more and more difficult for companies to really innovate with software and hardware as everything comes into parity. In short, while Apple was pretty boring today, I’m not sure I’m really excited for anything from Google either. Please Google, dare to surprise me.