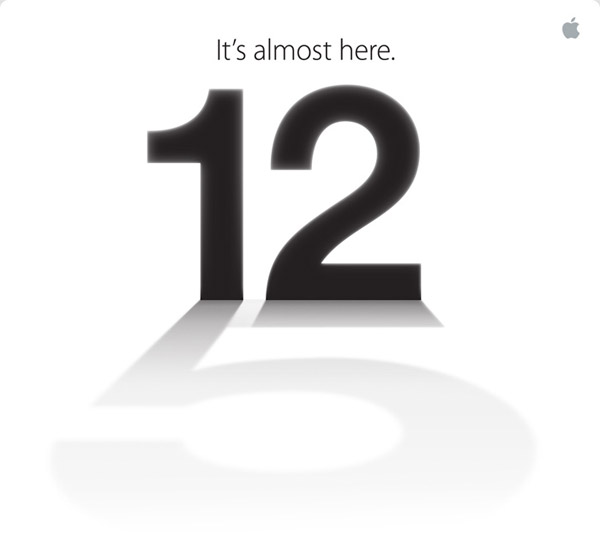 Apple sent out invites to the press this morning for an event that will take place on September 12. This event is expected to be for the unveiling of the next iPhone or “new” iPhone or as the image above hints at, the iPhone 5.

For those in the Android game, this doesn’t mean that the end of the world is near. Sure, Apple will sell a record amount of them, but it’s still the same tired old app jukebox operating system that most of us decided long ago, was not our cup of tea. It should have LTE, but probably not NFC. The screen could measure 4″ and there may be a slightly tweaked form factor or color scheme. The funny thing is, we get all of that in a new Android device on a monthly basis.

In the mean time, expect there to be a boat load of Android announcements over the next week as companies rush to release products before the new iPhone hits store shelves. Motorola is up tomorrow, Amazon is up on Thursday, and we wouldn’t be surprised if someone else joined in on the fun.