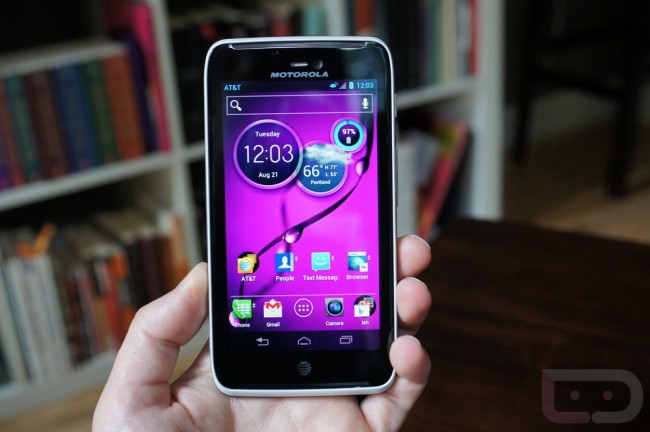 I have had the Motorola Atrix HD in my possession since early July, but since the Galaxy S3 launched at a similar time, it had to be put aside for a while. Now that things in the Android world have cooled off, it seemed like a great time to revisit the third edition of AT&T’s semi-successful Atrix line. By no means do Motorola or AT&T expect this phone to blow minds and take over the game, however, there are some interesting new features that stick out that we felt were necessary to talk about, knowing that Motorola and Verizon have something special planned for September 5.

The Atrix HD is a solid mid-range phone. At $99, it’s priced right, however, with the HTC One X now selling for that same $99, it would be hard for me to recommend this to anyone on AT&T. The One X remains one of the top 5 Android phones on the planet, while the Atrix HD was never going to hit that status. Again, it’s a fairly polished phone, but there are others at this price point that can beat it.