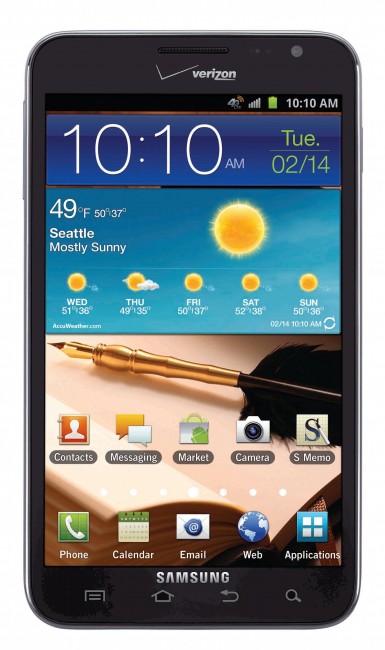 Nope, the picture above is not the Galaxy Note 2, but according to reports from Reuters, Samsung has indeed confirmed that they will be unveiling the above device’s successor at this month’s IFA2012 Unpacked event in Germany. There was no elaboration from the Samsung rep as for what kind of specs we can expect, but from what is floating around the web, we’re expecting a 5.5″ unbreakable display, the new quad-core Exynos chip, and shipment with Ice Cream Sandwich.

As you might have already guessed, we’ll definitely have a live blog or some type of special post for when the announcement takes place later this month. Time to hypebeast!