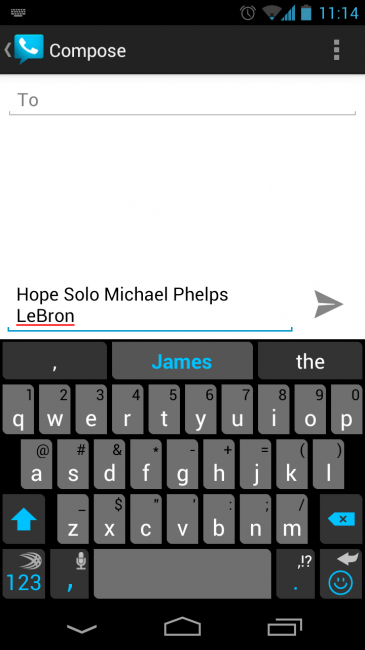 The Swiftkey team announced last night that they were releasing updated English language packs for both UK and US keyboards. These new packs were made with the summer Olympics in mind, so that as you send Tweets and texts to your friends over the next month, famous athlete names and key Olympics terms will be extra handy.

SwiftKey users can update their language packs now by going to Settings > Languages & layouts and then tapping “Update” when it appears next to their active languages. To refresh the updates available, tap your phone’s menu button and choose “Update languages”.

If you hit up the source link below, you’ll notice that they won’t actually mention the Olympics by name and refer to it as the “One Thing.” Licensing, trademarks, and copyrights surrounding the biggest money maker in the world are likely to blame.