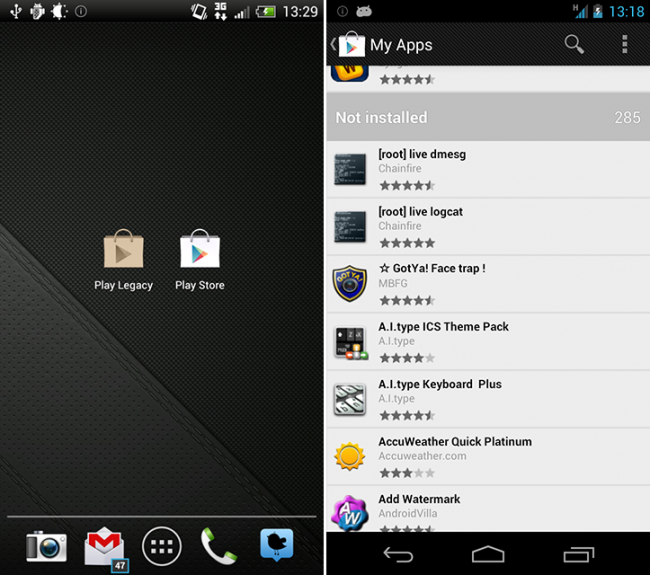 At some point during one of the last updates, the folks over at Google decided that having a list in Google Play that showed only our paid app purchases was just too convenient. Bollocks! Luckily, we have the Android developer community on our side, like Paul from MoDaCo, who has released a special Play Store application that brings the list back. By side-loading the app right next to the official Google Play, you can have both running at the same time and finally access that list that shows just your purchases apps rather than every single app you have ever downloaded.

For downloads and instructions on how to install (you need to push to /system), follow the link right here.