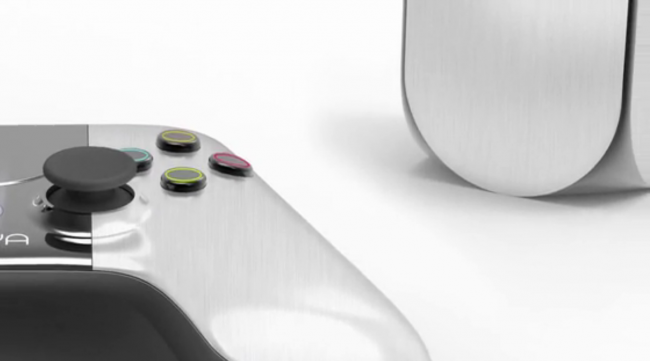 My two biggest gripes with mobile Android gaming are as follows: I don’t have a reliable controller for most of the games, and the screens are too small to really get immersed in. Kickstarter is hosting a very promising looking project called OUYA (pronounced ooh-yah) that looks to take mobile gaming back to the living room, and rival the big console makers. This Android powered console is calling on the powers of Android’s open development platform and the free-to-play model of gaming that has been all the rage recently. Can this grassroots program rattle the cages of Sony and Microsoft?

Update:  And within a couple hours of posting, OUYA went from about $600K to over $1 million and is now past their goal with 29 days still to go. That was insanely fast.

The OUYA team has created a prototype console that is based off our favorite OS and even uses parts that you might find in your phones today:

All the games that work for Android now will work on OUYA and the developers of the console are hoping to entice game developers to make games just for their console, that are made to play on the big screen in your living room. Games like Shadowgun and Dead Trigger will look and play great on your TV and even Minecraft will be included in all this fun.

One interesting note from the developer states “We’re handing the reins over to the developer with only one condition: at least some gameplay has to be free.” F2P has taken off in PC gaming recently with most games going free and then allowing you to buy upgrades to the game for real money. Microtransactions are now funding Team Fortress 2 and League of Legends, even though some players never pay a cent to play them. It’s an interesting demand but in the long run it could be beneficial for any owners of the OUYA.

OUYA is looking to raise money through Kickstarter and their goal is $950,000 to get the project up and running fully. At the time of this post they are near half that already, with 29 days to go. You can reserve a username for as little as $10 but if you want to get a console for yourself, $99 will get you an OUYA before they hit stores. This little console definitely has a lot of potential and could redefine gaming on the Android platform, we’ll just have to see how we eventually get there.