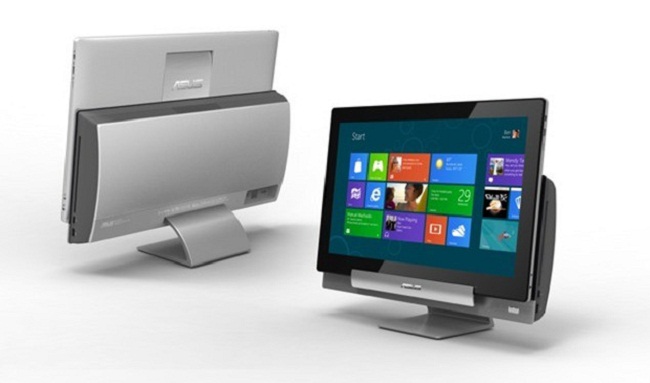 Surprisingly enough, Computex 2012 has yielded some pretty awesome news for Android lovers. Asus has unveiled the Transformer AiO (All in One) tablet, which runs on both the Android and Windows 8 operating systems. With the hit of a single button on the side of the tablet, this 18.4″ monster of a device can go from running Ice Cream Sandwich, to Win8 in a split second.

Due to its size, it’s only natural that the device can be paired with an enormous dock and made to look like a complete desktop computer. Asus remains silent on what exact specs are being used to power this beast, but we do know that it has an Intel Ivy Bridge chip handling the internals. No word on pricing or availability yet either.

Could you picture this thing on your desk at the office or home? Depending on price, I could see this being a nice novelty piece to have sitting around. Would definitely be good for watching Netflix and Hulu.