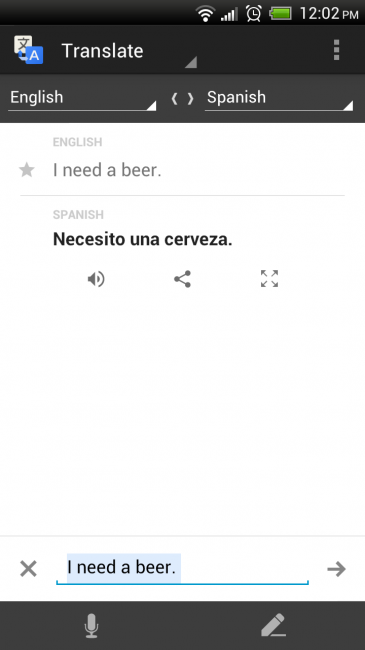 Google Translate received an update yesterday afternoon that introduced a more ICS-inspired UI (meaning no menu button). It now matches up to the rest of Google’s apps as far as looks, but the Translate team also tossed in more languages for your traveling needs.

Have you had the opportunity to use this in the wild? I have yet to, however, running through an entire conversation with someone who doesn’t speak English, and being able to understand each other thanks to this app sounds incredible.