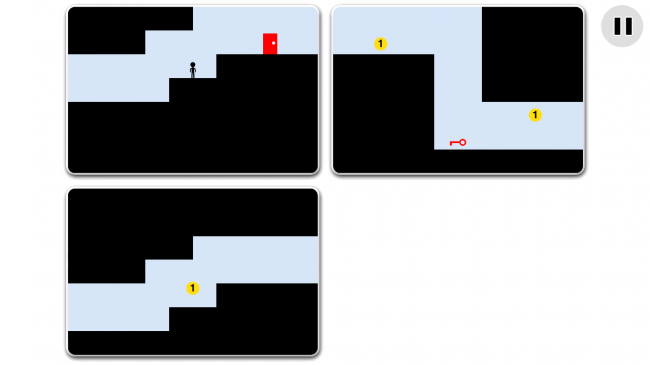 One of the more addicting puzzle games I have played in a while was released on Android today, called Continuity 2. It’s a port of a Flash game that was uber popular and apparently won some indie game awards. All I know is that it looks beautiful, polished, and plays with the best of them.

The idea is to get your little stick man to the red door in each level, but you need to collect coins and keys along the way. In order to do so, you have to use swiping gestures to get him to move and jump, however, the game becomes more difficult as you deal with each level’s puzzle pieces. As you can see in the screenshot above, the game may have started me next to the red door, but I can’t enter it until I have the key and all of those coins. In order to get them, some shifting must be done. As with any puzzler, the games gets gradually more difficult as you move along.