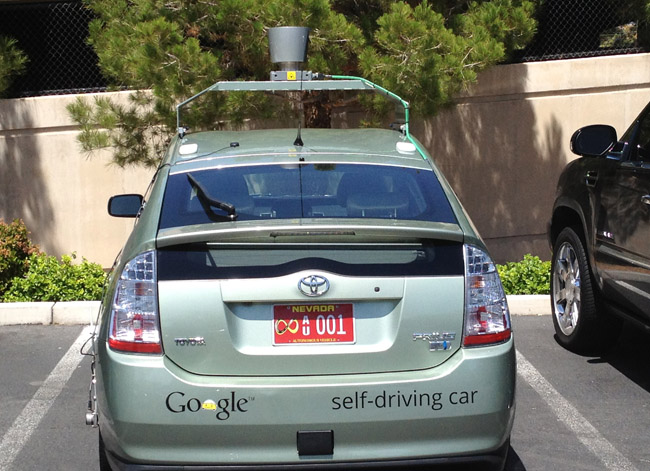 Google isn’t giving up on their vision of seeing cars driving themselves and passengers in the near future. After Nevada passed legislation regarding the requirements for driverless cars, Google has been granted a license to test their new pet project out in the desert. There are a few rules however, to make sure that these Priuses (Prii, Prioria, Priores?) don’t go rogue and cause some major damage.

Nevada has said that if you want to test these cars you need to have an insurance bond of $1 million and that the testing time and area for these cars must be laid out thoroughly. Don’t expect to be driving down the highway and seeing one next to you in rush hour anytime soon. The cars even get their own license plate, featuring a red back with an infinity symbol on it. Nevada DMV Director Bruce Breslow says, “I felt using the infinity symbol was the best way to represent the ‘car of the future.'” Anyone ready to give up their lead foot to let the car drive itself?