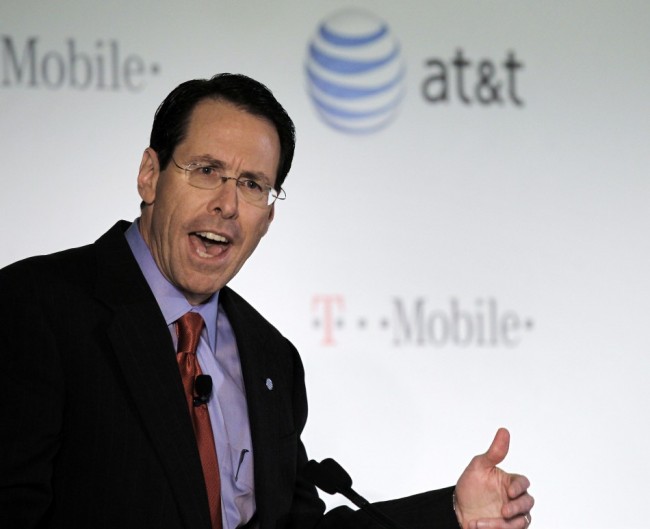 In a recent interview at the Milken Institute, AT&T’s CEO Randall Stephenson said some curious words on Google’s process of updating Android devices. Stephenson tried to shed light on the actual happenings that take place when you wonder why your phone still isn’t updated to the newest Android OS. Should we be blaming the carriers or Google for my device running old software. He had this to say:

Google determines what platform gets the newest releases and when. A lot of times, that’s a negotiated arrangement and that’s something we work at hard. We know that’s important to our customers. That’s kind of an ambiguous answer because I can’t give you a direct answer in this setting.

The blogs and writers weren’t the only confused ones  in the building after that statement and even Google had to release a statement to try and determine just what AT&T’s CEO was trying to say:

Mr. Stephenson’s carefully worded quote caught our attention and frankly we don’t understand what he is referring to. Google does not have any agreements in place that require a negotiation before a handset launches.  Google has always made the latest release of Android available as open source at source.android.com as soon as the first device based on it has launched. This way, we know the software runs error-free on hardware that has been accepted and approved by manufacturers, operators and regulatory agencies such as the FCC. We then release it to the world.

You can watch the full interview down below and try to figure out what Stephenson was shooting for, but be warned, it’s an hour long. We can probably expect AT&T to release a statement that will reiterate what their CEO was trying to explain.