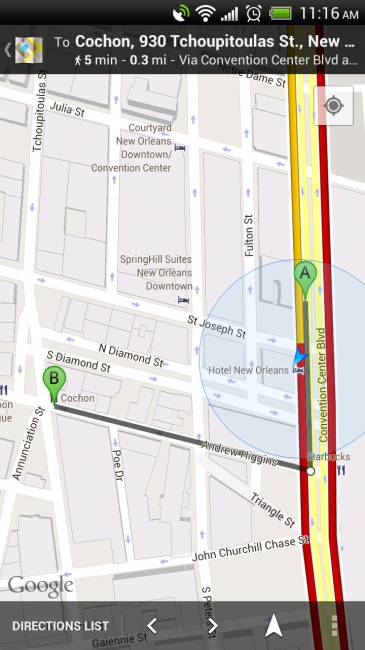 After the last Google Maps update rolled out, we received an email here or there from users who had noticed that when using turn-by-turn navigation, that the voice was no longer saying street names. Instead, the voice was simply saying “Turn right” or “Turn left.” You can imagine how frustrating this would be for daily users who are actually looking at the road when driving, rather than at their navigation device.

We were unable to replicate the issue on any of our devices (One X or Galaxy Nexus) and have had no problems with navigation. However, after cruising through the comments in Play Store listing of the app, it’s clear that many are.

So we thought we would bring it up to ask if your Google Maps is having voice navigation issues, and if so, have you been able to fix it?