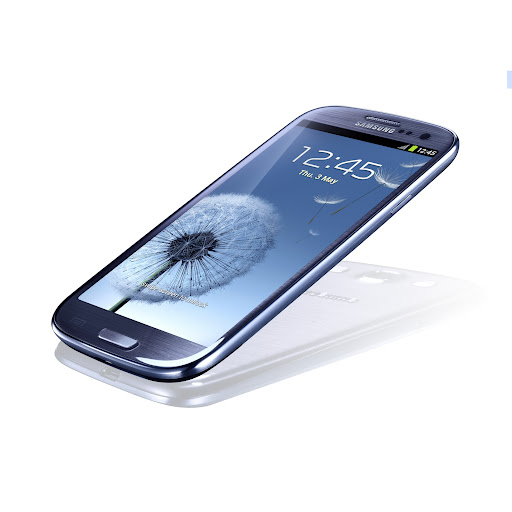 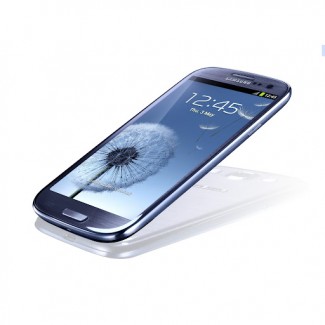 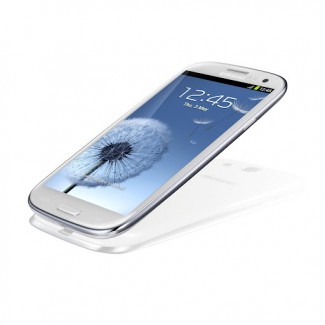 It’s official! The Samsung Galaxy SIII has been announced and will be available in Europe at the end of May. The 4G version that the U.S. will get won’t be until “this summer” some time. A lot of the predictions were right in that it has a 4.8″ HD Super AMOLED display (not the Plus), 8MP rear camera, 2MP front camera, 2100mAh battery, NFC, 16/32GB on-board storage, up to 64GB of expandable storage, and is only 8.6mm thick. As you can see from the pictures, it indeed does have a physical home button. No mention of processor, but that makes sense since the processor will differ depending on the region. We know from previous announcements that at least one variation of it will have the Exynos quad-core 4412 chipset.

The live stream of the unveiling event is going on now, but we get the feeling that the focus is on the UI and software and how this phone can make your life easier. The specs are nice, but this appears to be so much more. Developing…

We have the full specs, gallery and press release for you below. 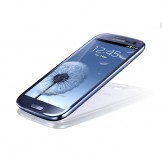 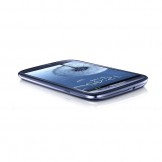 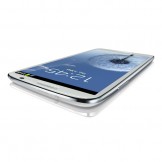 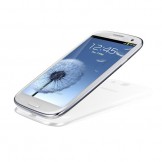 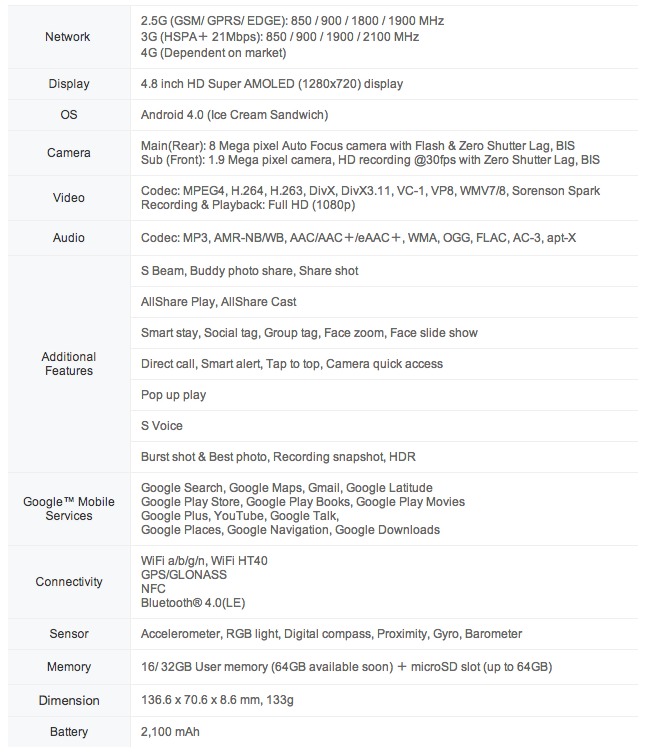 Samsung Introduces the GALAXY S III, the Smartphone Designed for Humans and Inspired by Nature

London, UK—May 4, 2012—Samsung Electronics Co., Ltd, a global leader in digital media and digital convergence technologies, announced today the third generation GALAXY S, the GALAXY S III. Designed for humans and inspired by nature, the GALAXY S III is a smartphone that recognizes your voice, understands your intention, and lets you share a moment instantly and easily.

This sleek and innovative smartphone has the enhanced intelligence to make everyday life easier. With Samsung GALAXY S III, you can view the content like never before on the device’s 4.8 inch HD Super AMOLED display. An 8MP camera and a 1.9MP front camera offer users a variety of intelligent camera features and face recognition related options that ensure all moments are captured easily and instantly. Samsung GALAXY S III is powered by Android™ 4.0, Ice Cream Sandwich, with greatly enhanced usability and practicality to make life easier. Packed with intuitive technology, the GALAXY S III delivers a uniquely personalized mobile experience that refuses to be compromised.

“With the GALAXY S III, Samsung has maximized the consumer benefits by integrating superior hardware with enhanced smartphone usability,” said JK Shin, President and Head of IT & Mobile Communications Division at Samsung. “Designed to be both effortlessly smart and intuitively simple, the GALAXY S III has been created with our human needs and capabilities in mind. What makes me most proud is that it enables one of the most seamless, natural and human-centric mobile experiences, opening up a new horizon that allows you to live a life extraordinary.”
Introducing Natural Interaction

The GALAXY S III enhances the interaction experience between the device and user. Smart enough to detect your face, voice and motions, the GALAXY S III adapts to the individual user to provide a more convenient and natural experience. With the innovative ‘Smart stay’ feature, the GALAXY S III recognizes how you are using your phone – reading an e-book or browsing the web for instance – by having the front camera identify your eyes; the phone maintains a bright display for continued viewing pleasure.

The GALAXY S III features ‘S Voice,’ the advanced natural language user interface, to listen and respond to your words. In addition to allowing information search and basic device-user communication, S Voice presents powerful functions in regards to device control and commands. When your phone alarm goes off but you need a little extra rest, just tell the GALAXY S III “snooze.” You can also use S Voice to play your favorite songs, turn the volume up or down, send text messages and emails, organize your schedules, or automatically launch the camera and capture a photo.

In addition to recognizing your face and voice, the GALAXY S III understands your motions to offer maximized usability. If you are messaging someone but decide to call them instead, simply lift your phone to your ear and ‘Direct call’ will dial their number. With ‘Smart alert,’ the GALAXY S III will also save you from trouble by catching any missed messages or calls; your phone will vibrate to notify missed statuses when picked up after being idle.
Easy and Instant Sharing

The Samsung GALAXY S III is more than a personal device that can be enjoyed by one user – it wants you to share and experience smartphone benefits with family and friends, regardless of where you are. With the new ‘S Beam,’ the GALAXY S III expands upon Android™ Beam™, allowing a 1GB movie file to be shared within three minutes and a 10MB music file within two seconds by simply touching another GALAXY S III phone, even without a Wi-Fi or cellular signal. The ‘Buddy photo share’ function also allows photos to be easily and simultaneously shared with all your friends pictured in an image directly from the camera or the photo gallery.

With ‘AllShare Cast’, users can wirelessly connect their GALAXY S III to their television to immediately transfer smartphone content onto a larger display. ‘AllShare Play’ can be also used to instantly share any forms of files between GALAXY S III and your tablet, PC, and televisions regardless of the distance between the devices. Under AllShare Play is also the ‘Group Cast’ feature that allows you to share your screen among multiple friends on the same Wi-Fi network; you can make comments and draw changes at the same time with your co-workers, witnessing real-time sharing on your individual device.
Human-centric Design with Uncompromised Performance

The GALAXY S III not only presents features with enhanced usability, but also provides an ergonomic and comfortable experience through its human-centric design. Its comfortable grip, gentle curves, and organic form deliver a rich human-centric feel and design. Inspired by nature, its design concept is the flow and movement of nature. The elements of wind, water and light are all evoked in the physical construct of the GALAXY S III. In its essence, the minimal organic design identity is reflected in the smooth and non-linear lines of the device. Available in Pebble Blue and Marble White at launch, Samsung will introduce a variety of additional color options.

The GALAXY S III also sports a range of additional features that boost performance and the overall user experience in entirely new ways. It introduces ‘Pop up play,’ a feature that allows you to play a video anywhere on your screen while simultaneously running other tasks, eliminating the need to close and restart videos when checking new emails or surfing the Web. Its 8MP camera features a zero-lag shutter speed that lets you capture moving objects easily without delay – the image you see is the picture you take. With the ‘Burst shot’ function that instantly captures twenty continuous shots, and the ‘Best photo’ feature that selects the best of eight photographs for you, the GALAXY S III ensures users a more enhanced and memorable camera experience. HD video can be recorded even with the 1.9MP front-facing camera, which you can use to capture a video of yourself. Improved backside illumination further helps to eliminate blur in photos that result from shaking, even under low lights.

The Samsung GALAXY S III will be available from the end of May in Europe before rolling out to other markets globally.