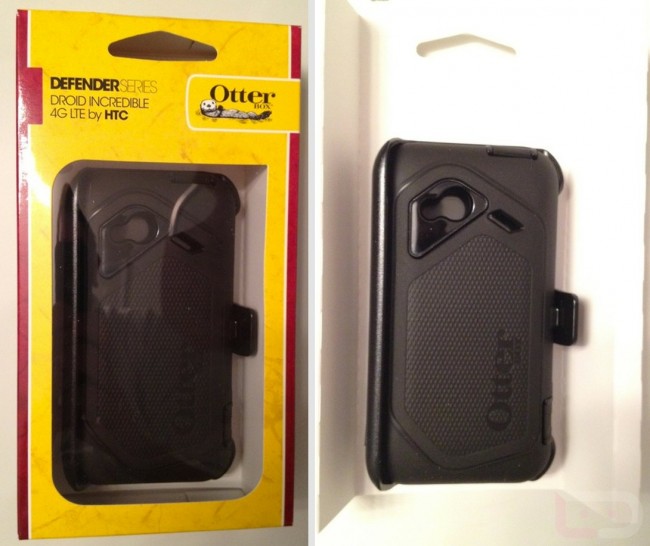 At this point, we are starting to pencil in a release of the DROID Incredible 4G LTE some time during the next couple of weeks. A finished build of the device has been photo’d a handful of times, the DroidDoes.com page for it went live earlier in the week, and now we are seeing cases from players like Otterbox arrive in retail packaging. We had a targeted date at one point that referred to April 26 as being the day, but with that being yesterday and no phone in sight, we will focus on next week or the one after.

Verizon released the Spectrum and RAZR MAXX back in early Q1 and nothing important since. With it being 1 month into Q2, you have to assume that something will arrive any day now. The DROID RAZR HD is a possibility, but we are expecting the Incredible 4G LTE to launch well before it.

As a recap, this device will sport a 4.3″ qHD LCD display, 1.2GHz dual-core Snapdragon S4 processor, NFC chip, 4G LTE, 8GB of onboard storage, SD card slot to add on more, and 1GB of RAM. It’s almost like an HTC One S (our review), but with different screen tech, LTE, NFC and expandable storage. So yeah, that’s basically us saying that the Inc 4G is better.