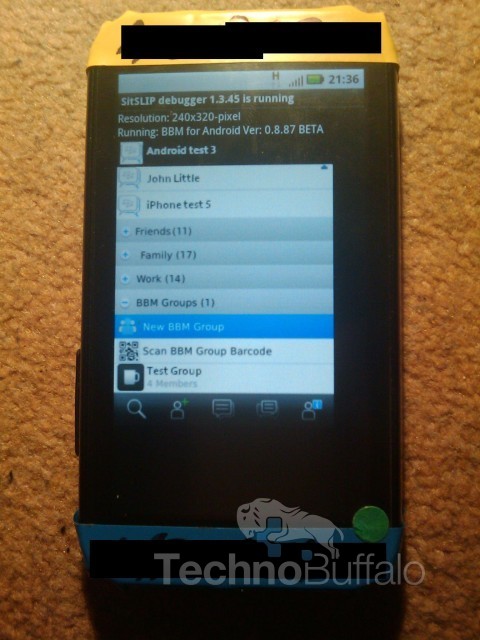 The longer the BlackBerry Messenger app takes to come out, the more we get the feeling it is losing the hype factor. Back when there was a large influx of people switching from RIM to Android, this could have been highly useful, but now that the first reports of its existence were all the way back in March of 2011, we don’t know if there will be much praise when a release finally happens. Either way, as we can see in the picture above, a much newer build version 0.8.87 compared to the previous 0.4.5.5 is out and about with testers.

According to the source, launch is expected sometime later this year, but there was no hint as to exactly when. Do we have any ex-RIM users that can’t wait for the launch?