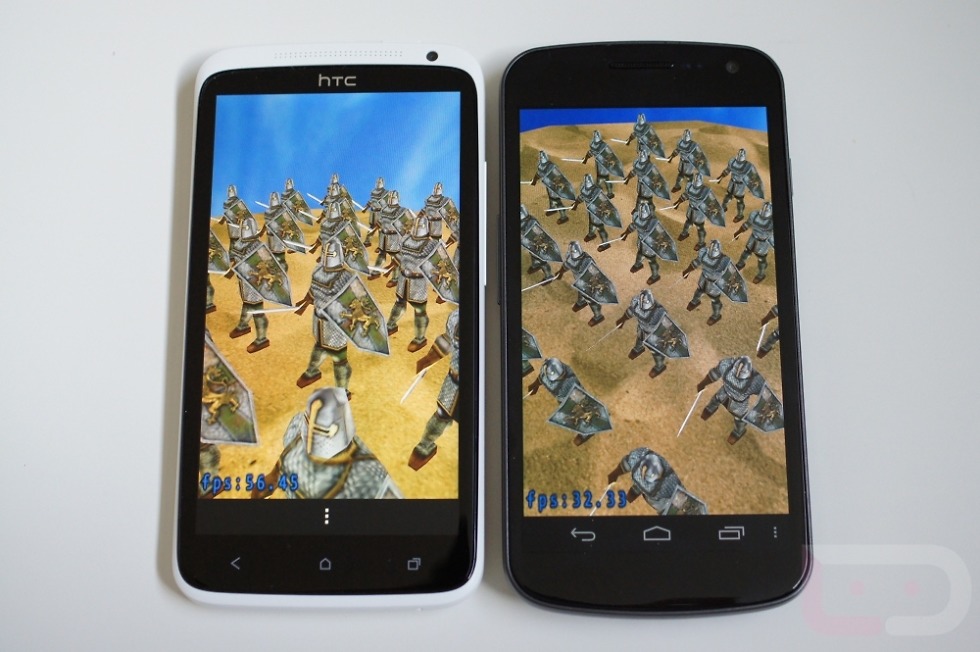 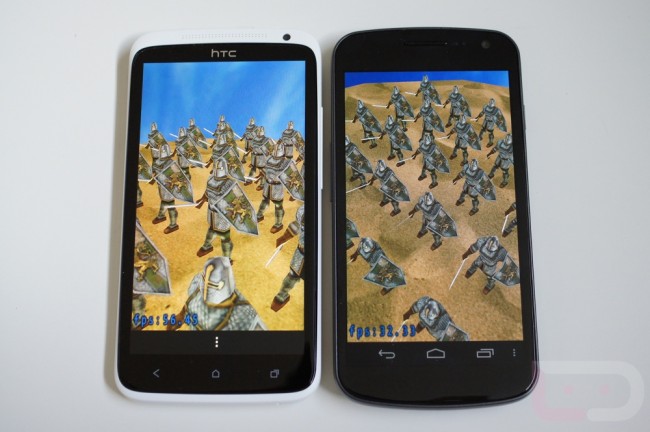 Let’s be honest here – benchmarks for the most part, are not something we care all that much about in 2012. Back in 2010 when we were overclocking everything that walked and phones still ran single-core processors, it was a big deal. Now, not so much. With the amount of power in phones today, a benchmark doesn’t tell the full story. With different cameras, screen sizes and techs, and build materials becoming increasingly more important, benchmarks are really just a piece of the puzzle and mostly for bragging rights now. And in the case of the HTC One X with the world’s first quad-core mobile processor inside (aka Tegra 3), bragging is exactly what we aim to do here.

We unfairly compared it to the Galaxy Nexus with its OMAP4460 dual-core chipset since it is the hottest Android device on the block, just to give you an idea as to how the T3 compares to last year’s dual-core chips. So what the G-Nex has to fight with is a “4-PLUS-1” quad-core processor powering a 12-core GPU. “Oh joy!”

While the benchmark numbers should be no surprise, I will say that while performing them and watching the graphical elements, the GPU performance truly is remarkable on the HTC One X. Environments that were jittery or slow on the Nexus were buttery smooth on the One X and never really under 50 fps. As we see more and more games developed specifically for chipsets like the Tegra 3, gaming on mobile devices is going to completely change things, if it hasn’t already. It’s scary to think that you have as much power in your pocket as the computer on your desk.

On a related note, Qualcomm’s newest Snapdragon S4 (MSM8960) that is in the U.S. LTE version of the One X, is by all means as good if not better in some areas than NVIDIA’s quad-core offering. That phone is not out yet so we couldn’t do comparisons, but Googling it will certainly get you some results. We are about to embark on a mobile journey that will blow minds on performance, gaming and power consumption levels like never before. The Tegra 3 and the first dual-core Snapdragon S4 are just beginning.

More from the HTC One X is on the way. In the mean time, be sure to watch our unboxing and first impressions post.