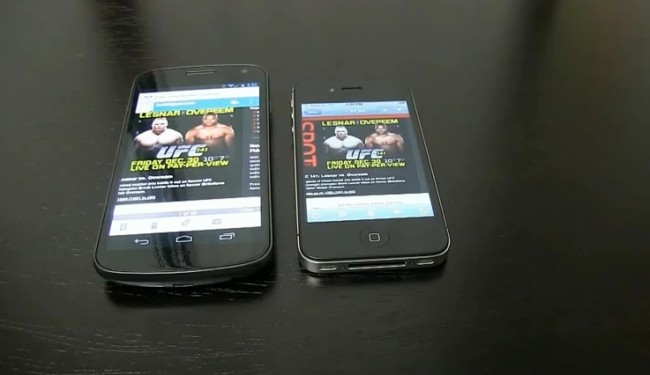 Making the rounds this morning, we have a video from an Android user who after hearing time and time again that iOS and the iPhone “just work” and are “more polished” than any other device, decided to spend 30 days with one to see for himself. He purchased an iPhone 4S, but mind you, this was not his first iOS device. In fact, he owns the new iPad and other Apple products and is familiar with the ecosystem, however, his goal was to take his experience with the 4S and compare it to using Google’s latest mobile OS, Ice Cream Sandwich.

Throughout the video, you will see his handpicked advantages that ICS has over iOS, most of which you will probably agree with (after all, we are Android fanboys and girls). In fact, I agree with some of these as well, in that they are clear advantages to Android. A variety of tasks can be completed quicker on an Android device, as in many ways, it is a far more robust operating system than iOS. Many would argue that being “robust” does not a winning mobile OS make, but that may be an argument for another day (or one that no one can win).

What I hope you all remember though, is that in the same sense that this video was created, there are probably 10 others from the iOS perspective. Each OS has advantages over the other, no one can argue against that, but what it comes down to is which one works better for you, personally. Clearly, we have all bought into Android.

Keep in civil down there, people.