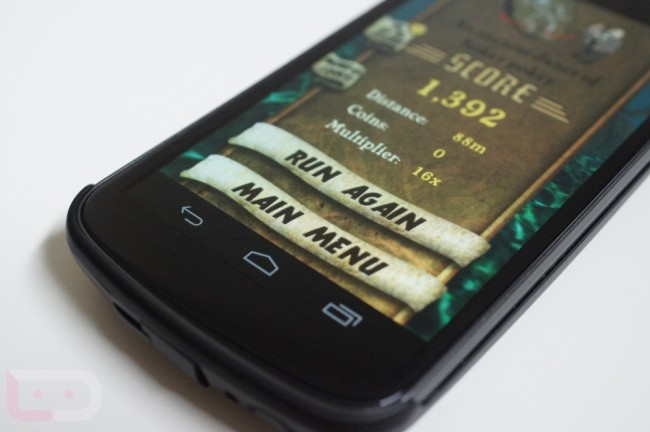 We know that you are feverishly playing Temple Run today as it was released on Android only a few hours ago, but we also know that many of you are running into the same crashing issues that we are. If you time a jump wrong, forget to slide under a fire, or are eaten by a crocodile, your first reaction is probably to press the “Run Again” button. As one of our readers points out, pressing the “Back” button on your phone seems to be a much more stable option. It’s not flawless, but I was able to rattle off a dozen or so games without it crashing by using this little trick. And at least it’s something to tide us over while Imangi works out some of these initial launch bugs.