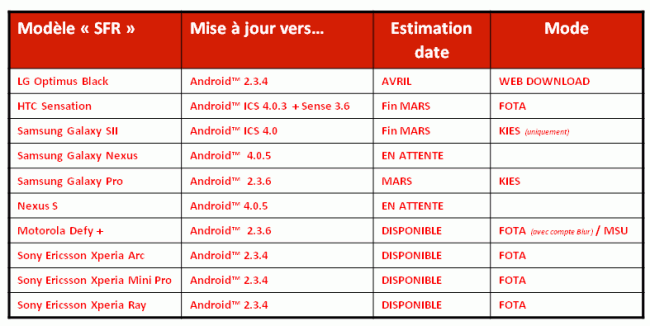 French mobile site SFR, who made a splash back in February by announcing that Android 4.0.5 was next for the Galaxy Nexus, has updated their upgrade page to show that the update has been suspended and won’t happen in March. While that certainly makes sense since March has all of 5 days left in it, we can’t discredit this site completely as it did mention 4.0.5 over a month before anyone else, a version of Android which has now been confirmed to be real by LTE insider @black_man_x.

So no for March according to the French, but we weren’t really expecting it until April anyway, were we? Then again, there are 5 days left, which is plenty of time for Google to surprise us all.