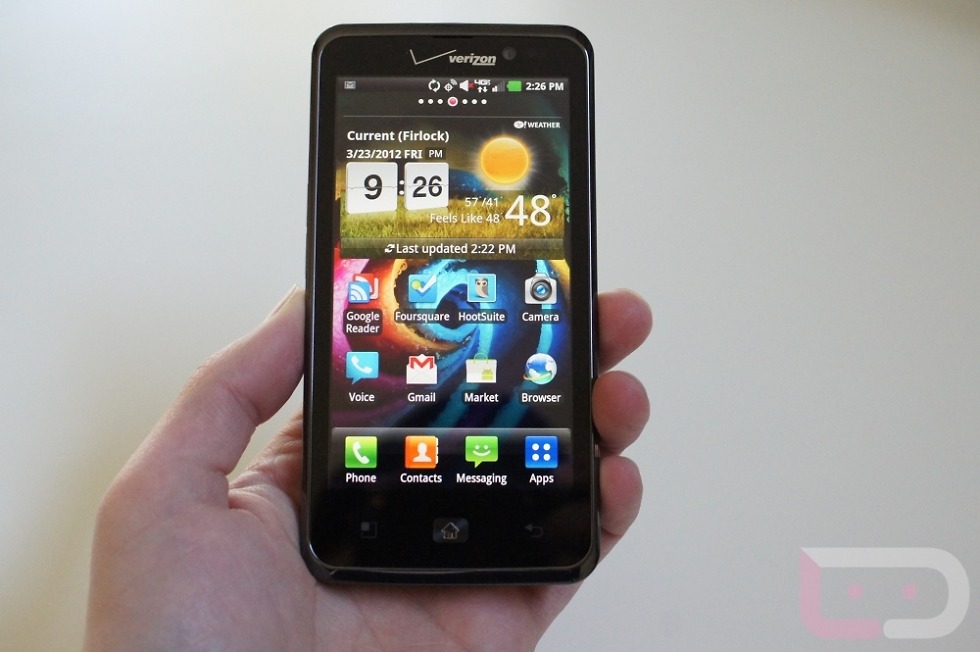 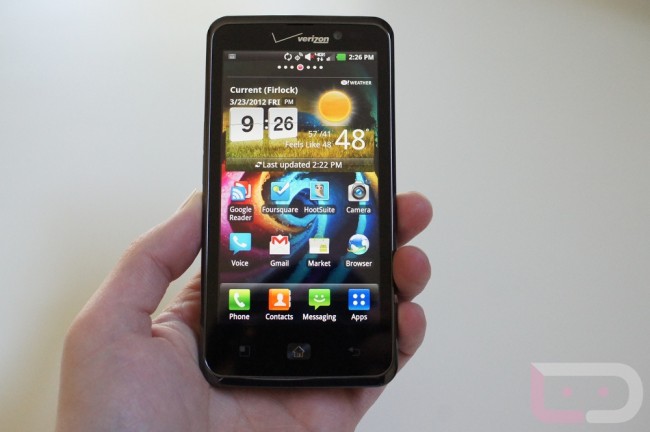 Our LG Spectrum review, almost 3 months in the making. Why the delay? Was the device so good that we couldn’t bring ourselves to give it up? Or was it that bad that we couldn’t force ourselves to use it enough to put together a full review? If I told you up front, that would ruin the magical anticipation that is built when I attempt to leave you hanging with some fun line like, “We will find out after the break!” With that said, jump past the break to find out. 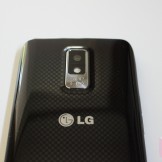 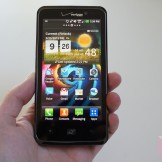 If we go back to our opening paragraph, we should probably give you an answer as to why this took me almost 3 months to complete. Was it because the device was so awesome that I didn’t want to have to give it up or was it so painful that I struggled to find the time to actually review it? Unfortunately for the Spectrum, it had to do with the frustrations I continued to run into while using it. After carrying the device around as my daily driver for about 4 or 5 days in January, I quickly became frustrated and had to put it down for a bit before coming back to fully review it.

The UI on here – if I didn’t make this clear enough already – is the worst in the Android game. For a device that wants you to “ooh” and “aww” over its screen, then pressing on that screen should work the first time. Swiping, pressing icons, and any sort of touchscreen movement on the Spectrum rarely works on the first try because of this awful custom skin. The phone also hated my Google Voice or contacts from Gmail for some reason, as it rarely showed the person’s name during an incoming call. It also managed to pull in contacts from all of my Gmail accounts even though I told it to stick to just one of them. It’s filled with bugs and lag on the software front that could potentially be addressed through an update, however, LG hasn’t had the best track record when it comes to making those happen in a timely fashion.

It’s not all bad for the Spectrum though. In fact, if you read all of the bullet points above, we actually rank most of the aspects of the phone pretty high. The camera is acceptable, LTE is always awesome, the screen is absolutely gorgeous, and the battery life isn’t all that shaky. At $199, this phone is at least worth a quick look if you are not quite ready to toss out 3 Benjamins for a smartphone. A third party launcher could rid you of LG’s skin for the most part, and if LG does get it together and update this phone to Ice Cream Sandwich quickly enough, it could be a decent player.