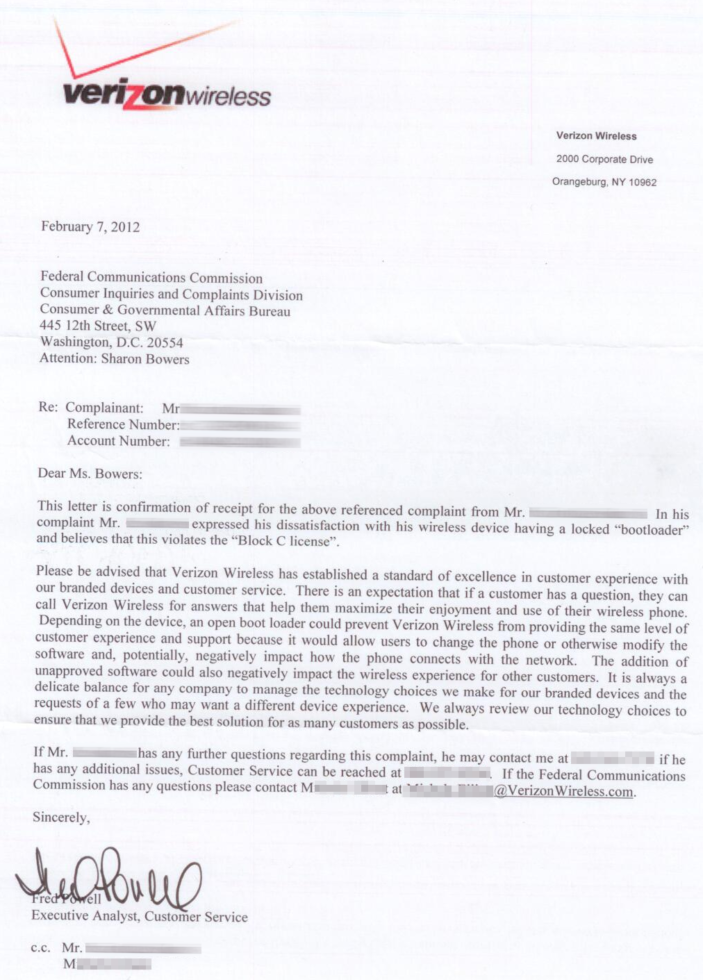 Android and bootloaders, a topic we can’t seem to get away from. Starting back with the locking of the original Motorola Milestone and then kicking into overdrive with the DROID X, the battle of consumers vs. OEMs and carriers has been an ugly one. As many of you know, a locked bootloader denies an end user the ability to take full advantage of their device. For those that choose to hack on their phones, install custom ROMs, etc., this is the piece of the puzzle that can ruin it all.

Companies like HTC, Samsung, and even LG have been pretty open for the most part when it comes to bootloaders, however, there is one that remains hell bent on keeping them as secure as possible: Motorola. In fact, we have the history of their stance on locked bootloaders documented here. But is it all Moto’s fault? Initially, they were the target, but after publicly placing blame on carriers for their bootloader locking, it’s clear that there are numerous parties involved.

So Moto’s number one carrier partner here in the U.S. is Verizon with their “DROID” brand, making them another major target of complaints for developers and hackers of smartphones. Big Red has mostly remained silent on the bootloader situation, that is until now. In a letter from a Verizon executive analyst to the FCC that was obtained by us, we get a pretty clear and unsurprising idea as to why they may request that OEMs lock the bootloaders on phones that will run on their network. And for reference, this letter was in reply to a reader of ours that issued a formal complaint to Verizon and the FCC, stating that they are not allowed to lock the bootloaders of phones. 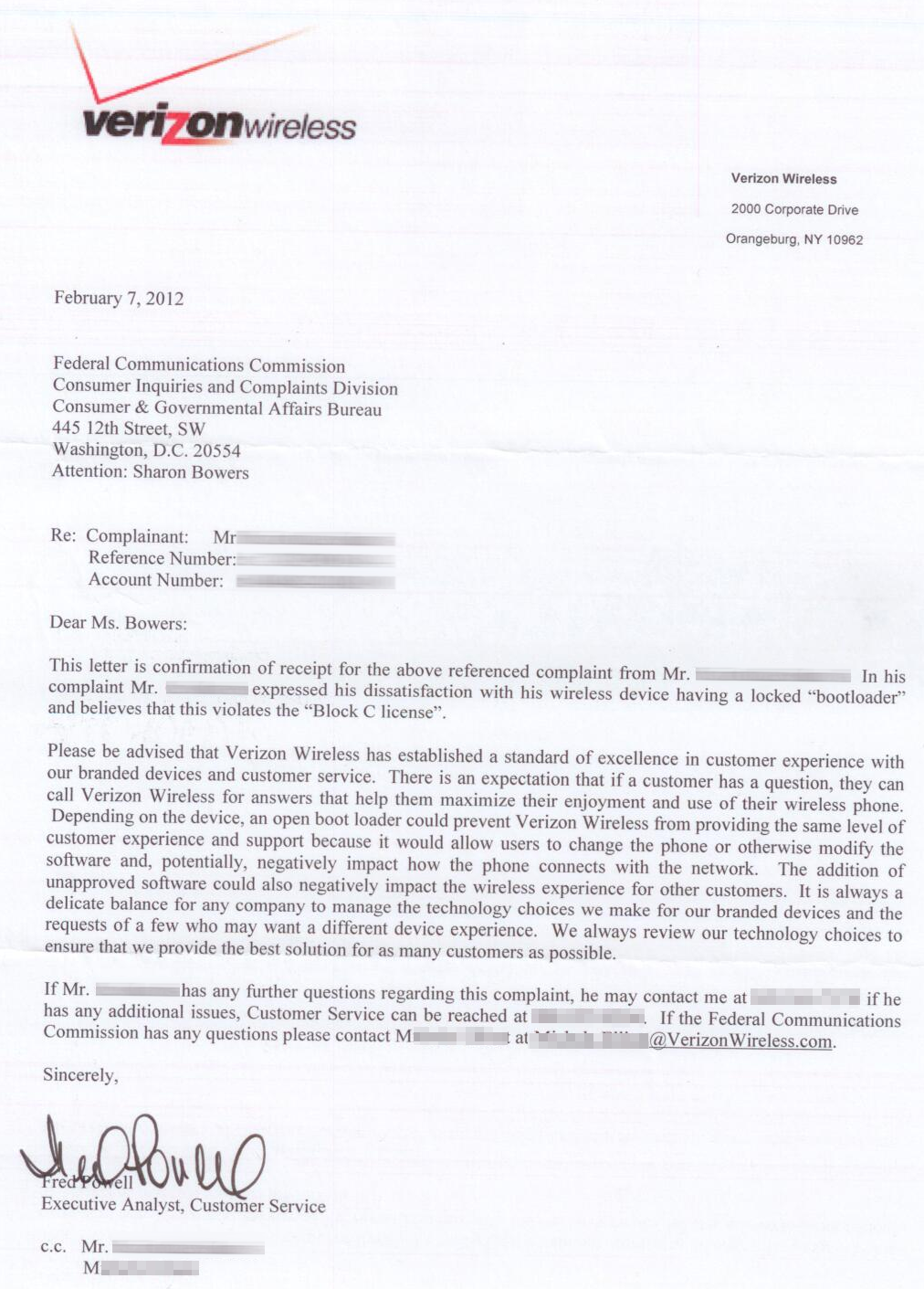 You will notice a reference to violating the “Block C license” which was a part of Verizon’s purchase of the 700 MHz LTE band. It has all sorts of legal jargon in it that essentially states what Verizon is allowed and not allowed to do with its new network. A few months back, a point was raised that it includes a reference to not being allowed to “lock” a phone which some took to mean bootloaders, hence the reasoning for the initial letter to Verizon and FCC by our reader. I argued that “locking” in this situation has absolutely nothing to do with bootloaders and instead network access. But I digress.

So what is Verizon’s policy? According to this letter, they choose to have OEMs lock bootloaders because they want to continue to reach a “standard of excellence in customer service” that they have set. They feel that if they allow their phones to be unlocked, that they could potentially lessen the experience for users who choose to unlock as well as others on their network that do not. Since they take approved software seriously (and some times too damn slowly), they don’t want to see “unapproved” software running on a large number of handsets on their network.

Never once to do they mention security, something we thought for sure would be mentioned. They did, however, mention that they try to provide the best solution “for as many customers as possible,” which could mean a couple of things. My immediate thought is that they feel that the ROM and unlocking community is so small that choosing this route will not affect the majority perception of them and that they can live with the bit of backlash.

Again, it’s not a surprising stance, but this is one of the only times that we have ever actually seen them mention “bootloader” in anything official. One thing is clear, that the developer community has made a significant enough splash to at least garner an official response from Verizon to the FCC. That never hurts, right?